To everyone out there familiar with BENTO, please give EKIBEN a try next

How to eat real “Japanese food” with local roots

In December of 2013, Japanese food was registered as an Intangible Cultural Heritage by UNESCO. In the minds of people around the world, Japanese food is full course dinners and sushi, but these are foods that actual Japanese people do not eat on a daily basis, but rather that they enjoy only on special occasions. On the other hand, foods like ramen and curry are really more like light meals when eating out, and even though the ingredients have evolved to suit Japanese tastes, many Japanese people think of them as originating from Chinese and Indian cuisine, so throughout the country there are often discussions about whether or not they qualify as Japanese food.

The other day I was rushing to catch my flight from Abu Dhabi, and when I told the man at the check in counter that I lived in Tokyo, he was extremely helpful as he smiled and told me of his fondness for ramen and its delicious flavor. Hearing him talk, I thought about how ramen has evolved from its roots in China, incorporating various Japanese ingredients, local touches, and other details from its chefs, and I realized that it has grown into a food that represents Japan.

Well, because Japanese food has been registered with the World Heritage Site, there are people who come to Japan to see what Japanese food is all about, and I would like to use this article to recommend that they try out the various ekiben as they take the trains. Ekiben are overflowing with local color and are great at showing off local regions. While Japan is an island, it runs a long way north and south, and with diverse natural splendor such as seas, mountains, and countrysides, each region has its own unique styles of food, and ekiben provide an easy way to experience a wide variety of cultures through regional cuisine. Also, on average ekiben maintain a cost of about ‎¥‎1000 (without tax), and this is due to the hard work of the people who make them. 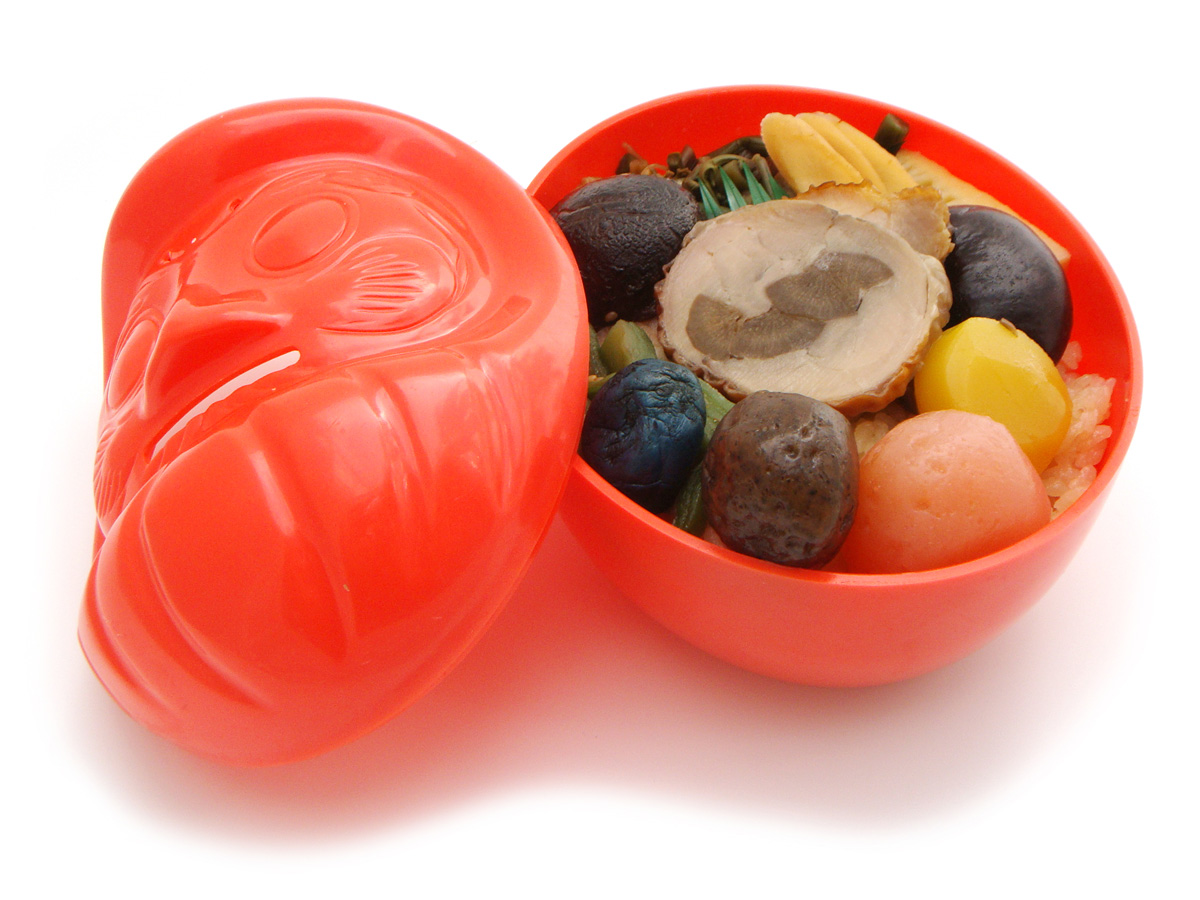 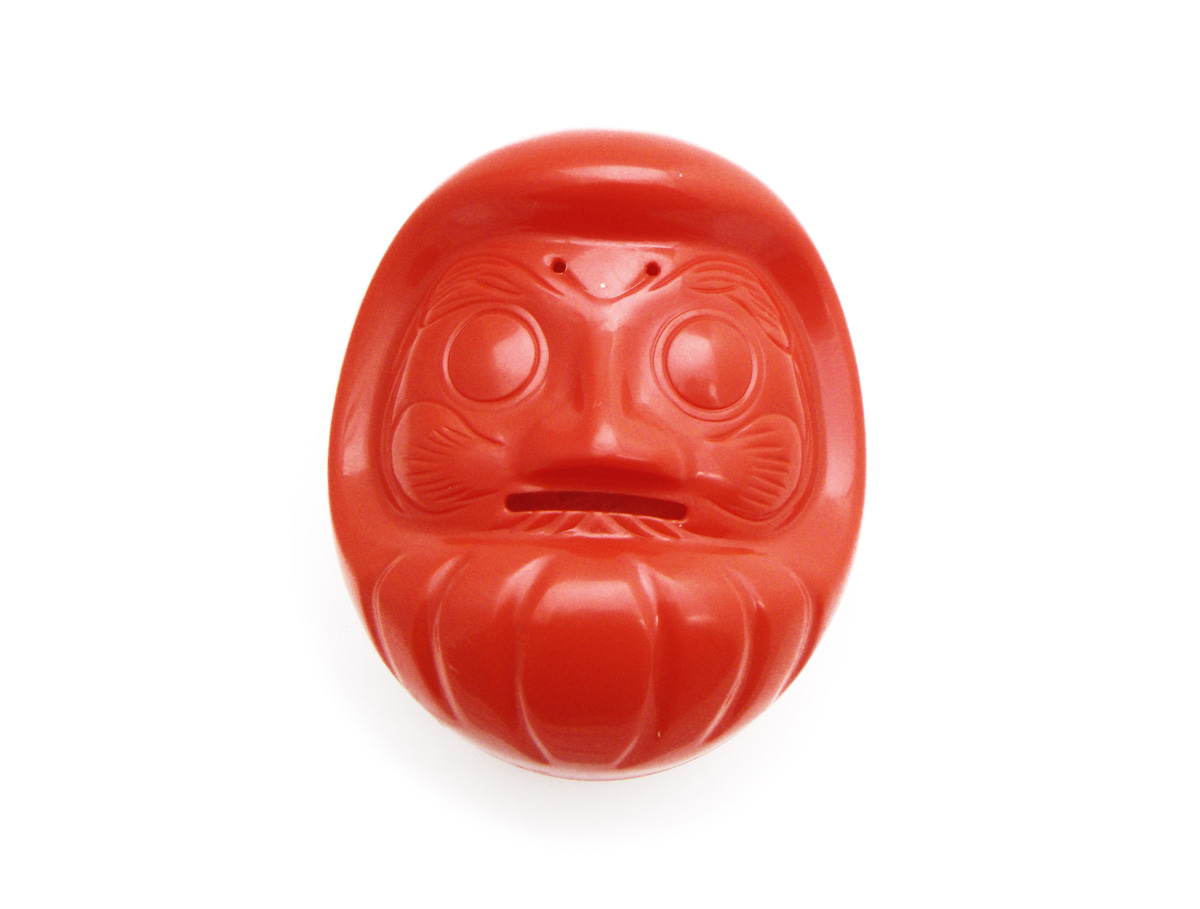 Traditional foods are not made in factories, but rather they are made by traditional Japanese restaurants, and the Bokoimeshi ekiben from Hokkaido are carefully prepared by a husband and wife. Originally, when a person riding a train passed through a station they had never visited before, the locals would try to show off the charm of their local area, convert them into a fan of the area, or simply boast about their hometown. This trend evolved into the ekiben culture. Regions close to the sea feature seafood in their cuisine, while mountainous regions feature ingredients that grow in the mountains, and every region has its own way of preserving, seasoning, and flavoring food.
Traditional Japanese cuisine and the social customs of Japanese people “respecting nature” that are embodied in Japanese food were recognized as an Intangible Cultural Heritage by UNESCO, and this created an opportunity for people to experience the different foods of various regions. Following the recognition by UNESCO, the Ministry of Agriculture, Forestry and Fisheries set forth the following “Japanese food” definition: 1) Respect for diverse and fresh ingredients and their natural flavors, 2) Balanced nutrition that supports healthy eating habits, 3) Representation of the beauty of nature and the changing of the seasons, and 4) Being closely related to annual traditions such as New Year’s Day.

Bountiful nature contributes to the local cultures of the various regions in Japan. As cooking utensils evolved to bring out the flavors of the ingredients, various cooking techniques were created. Japanese food expresses a wide range of concepts. 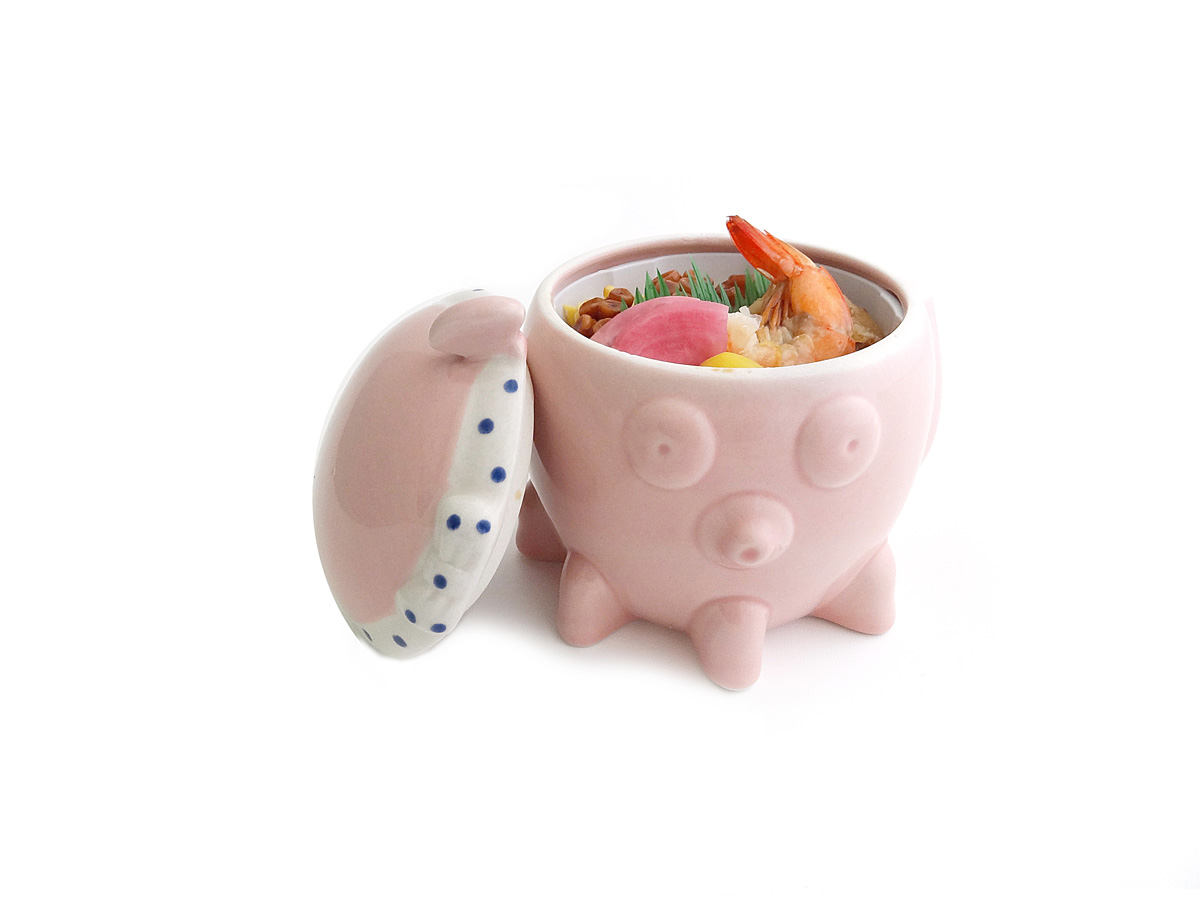 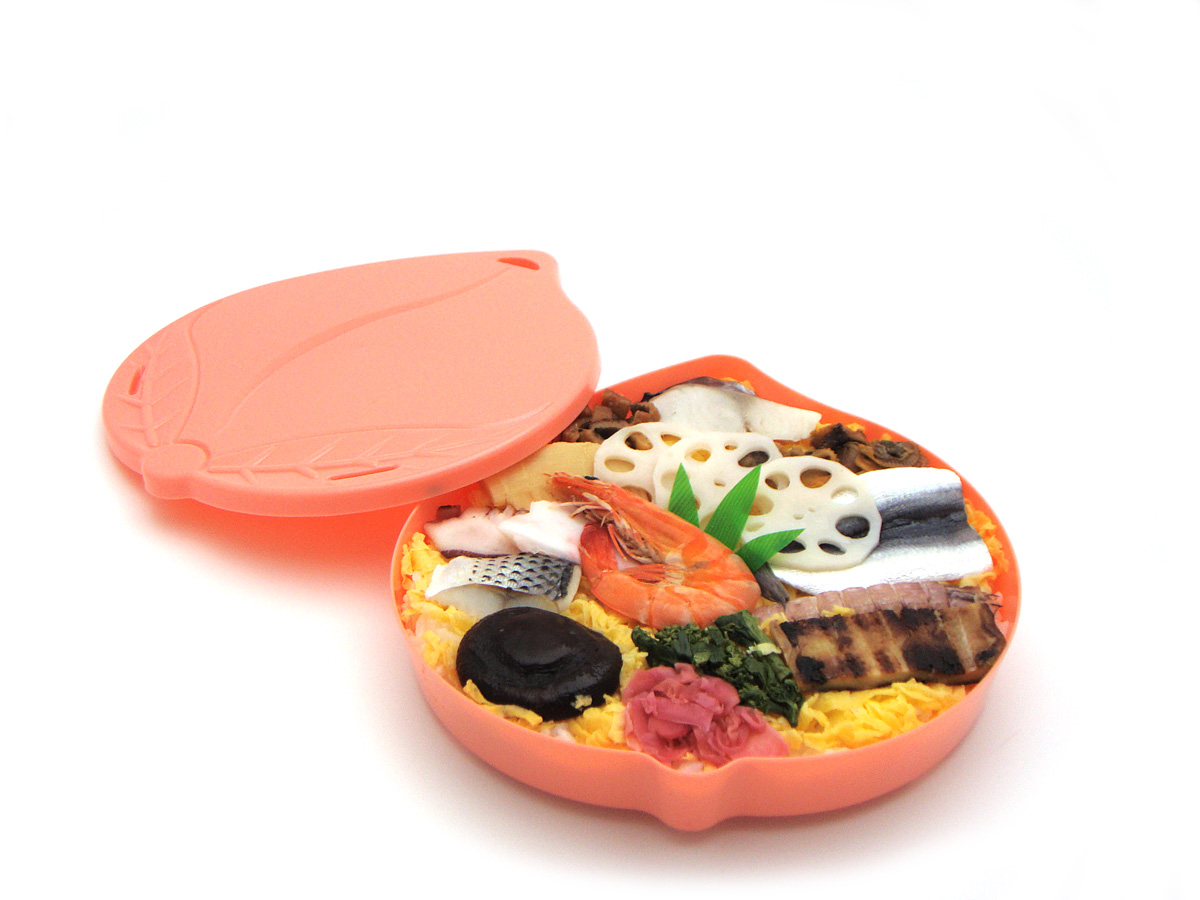 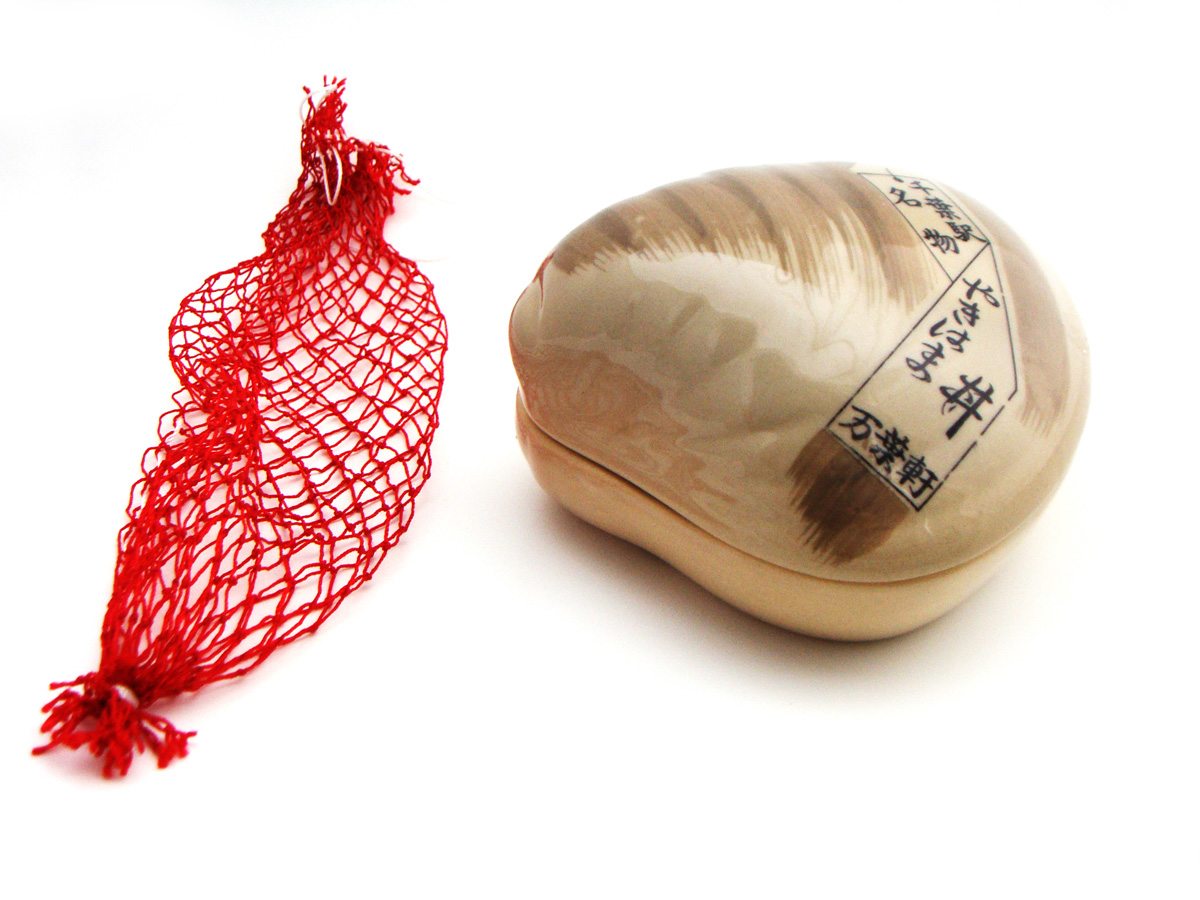 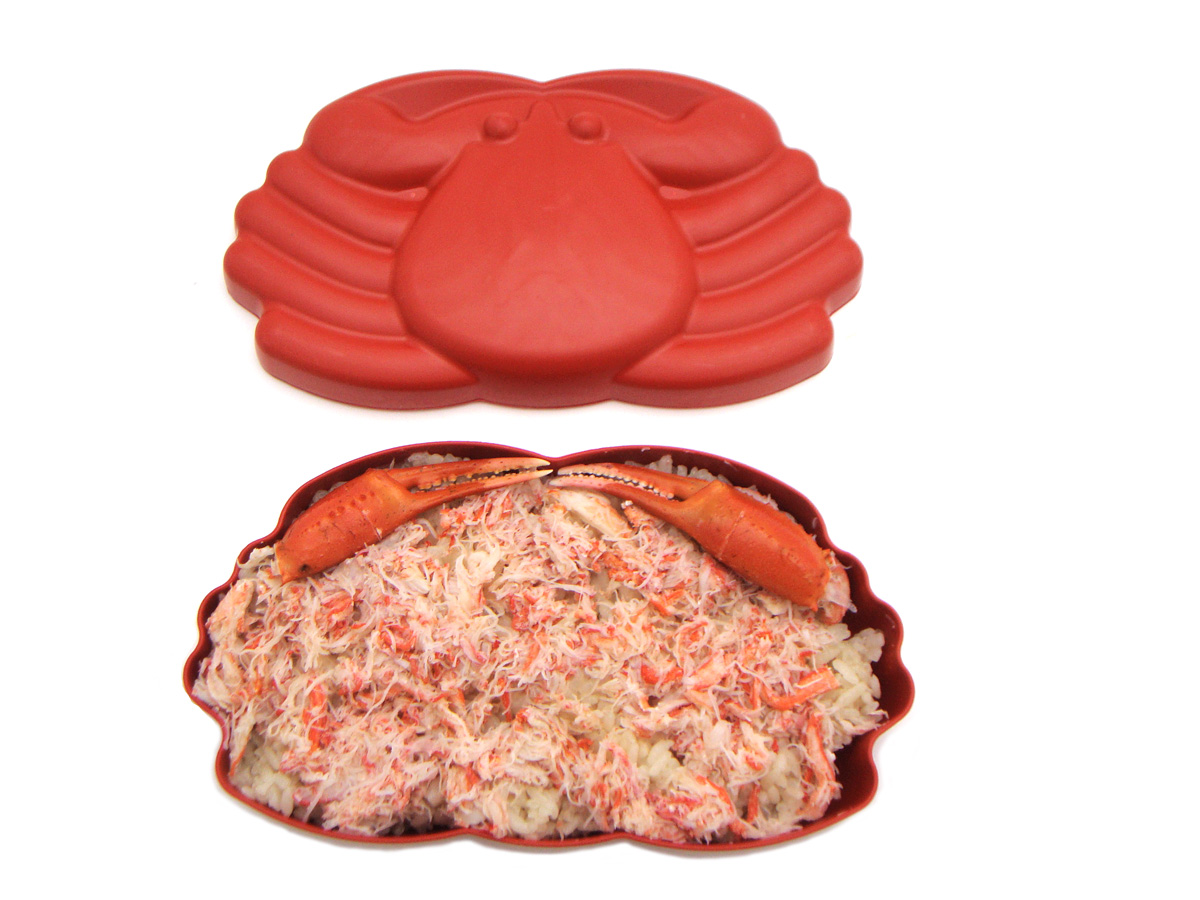 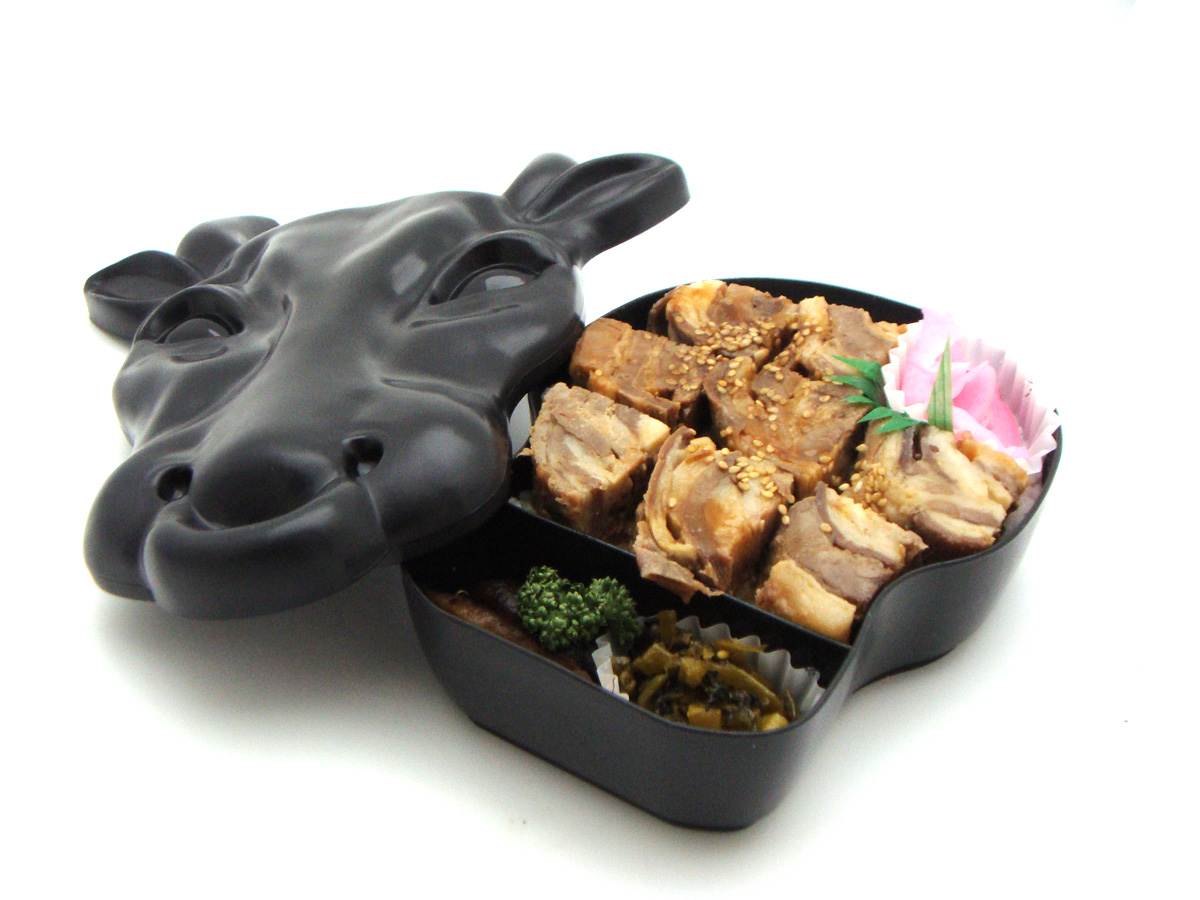 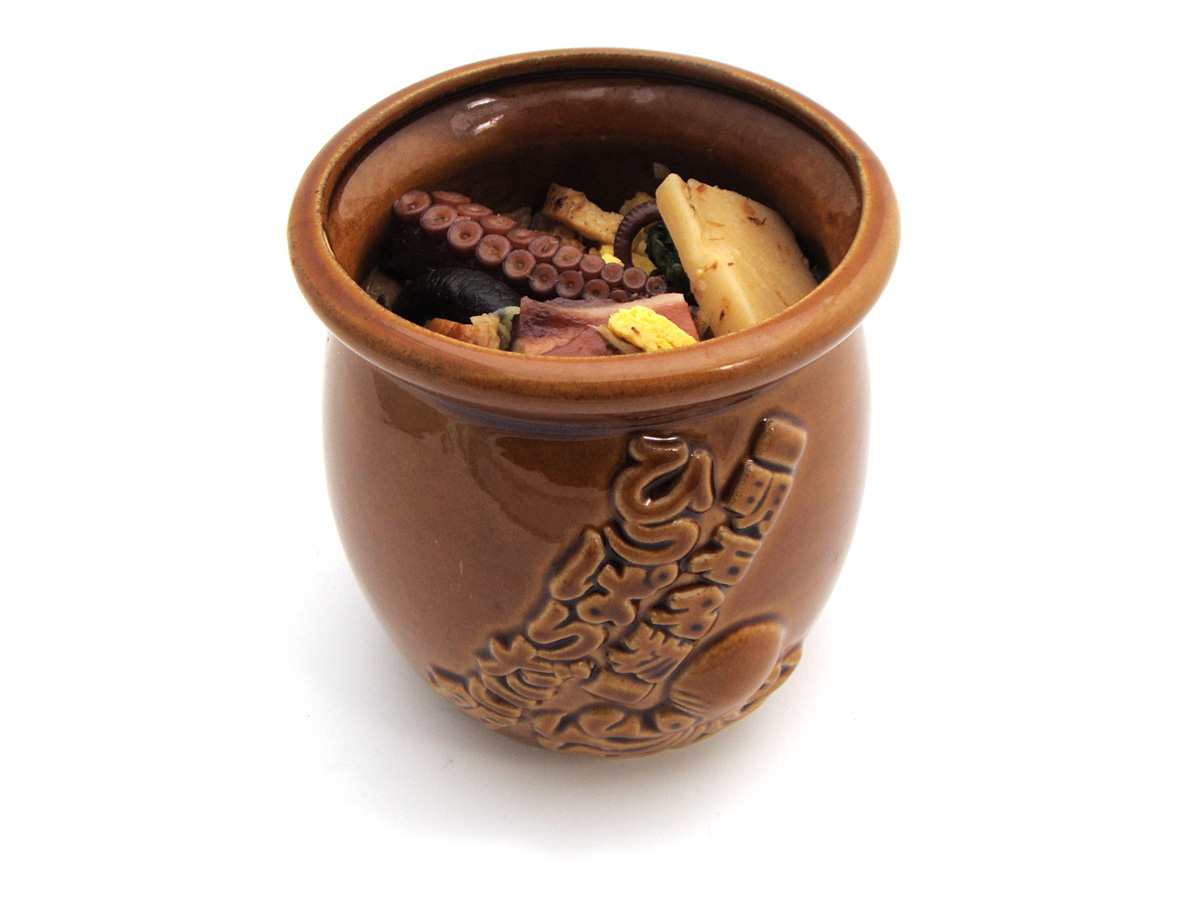 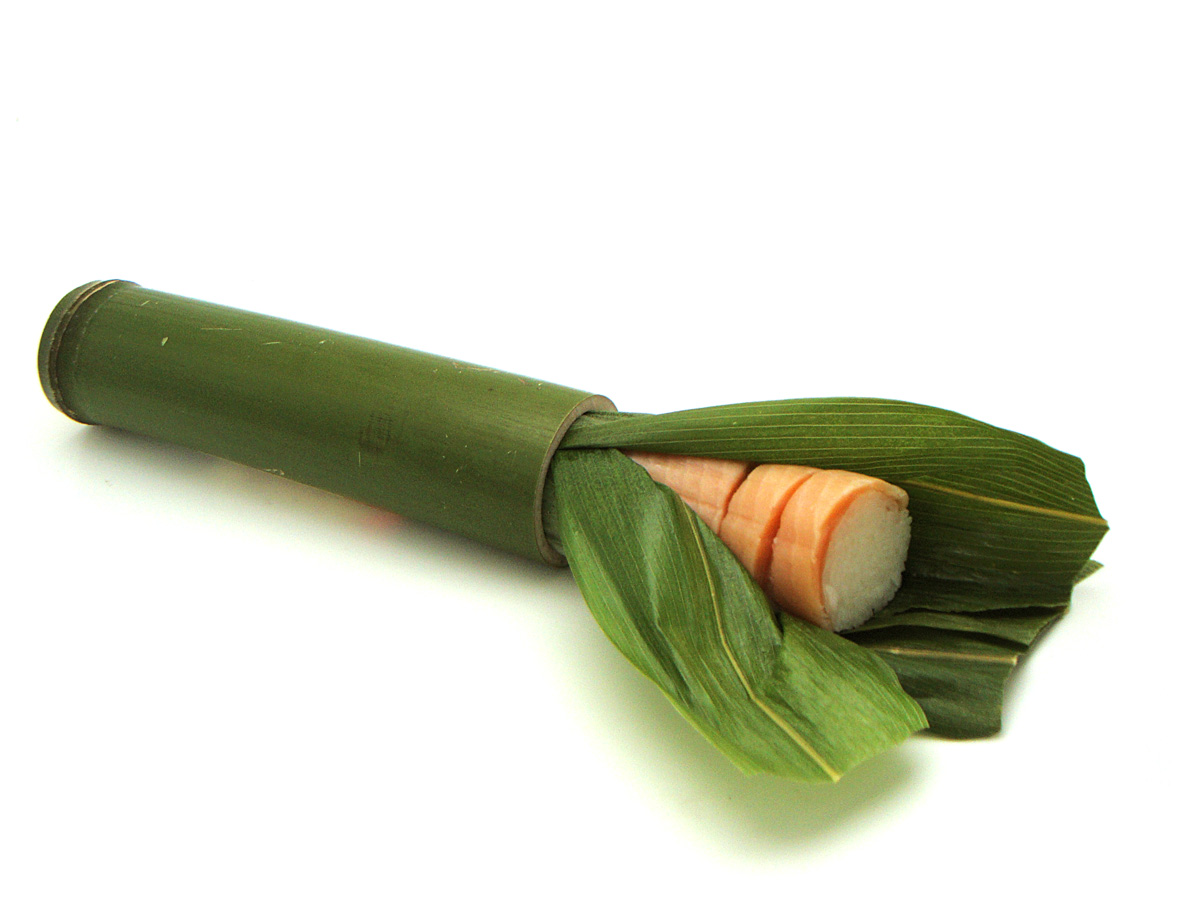 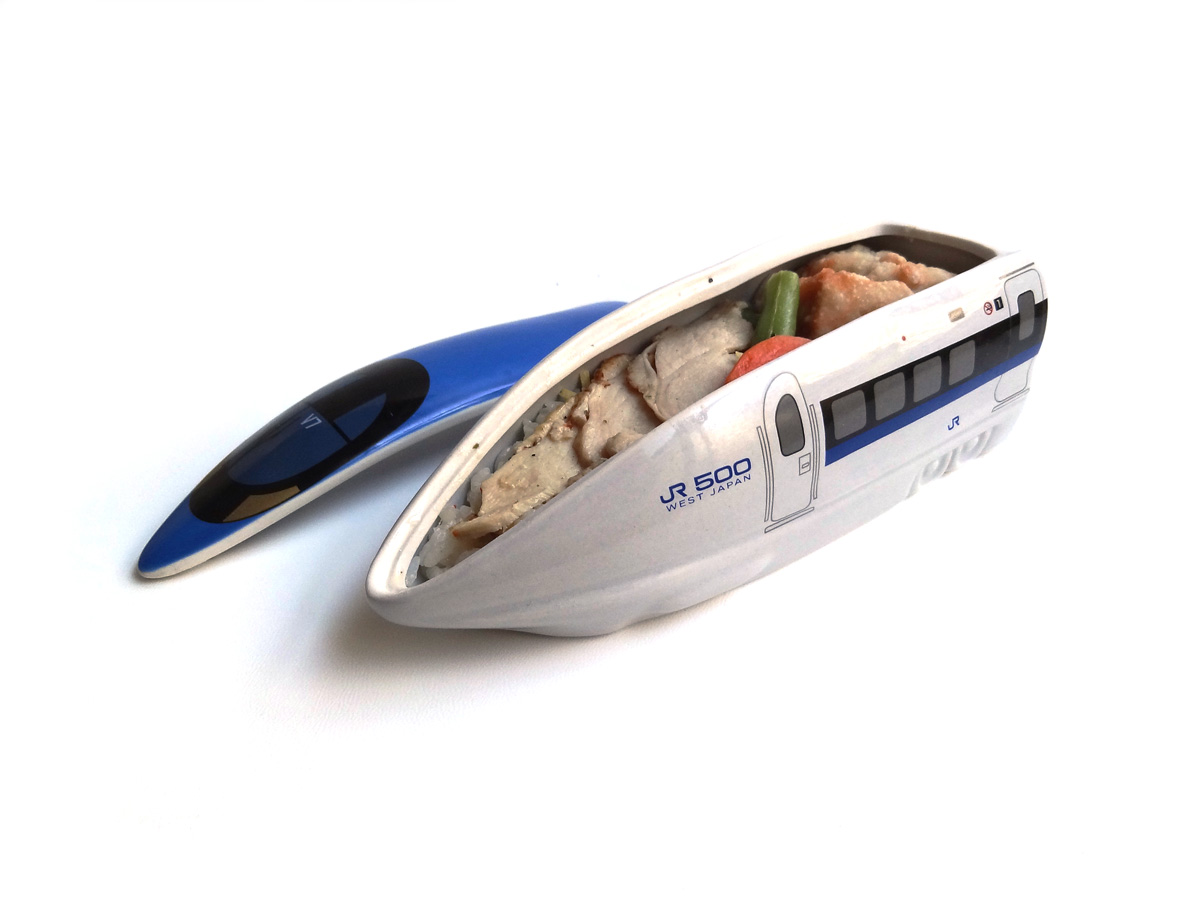 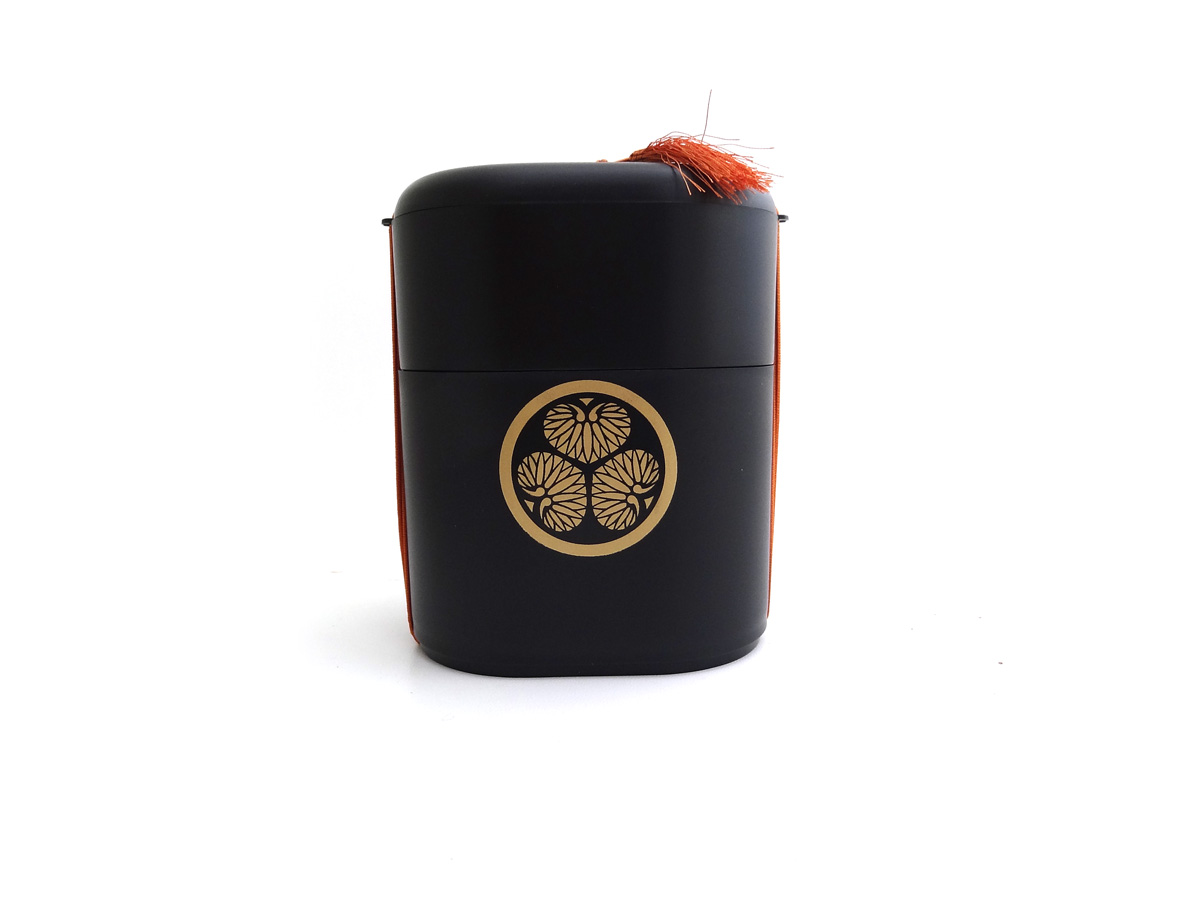 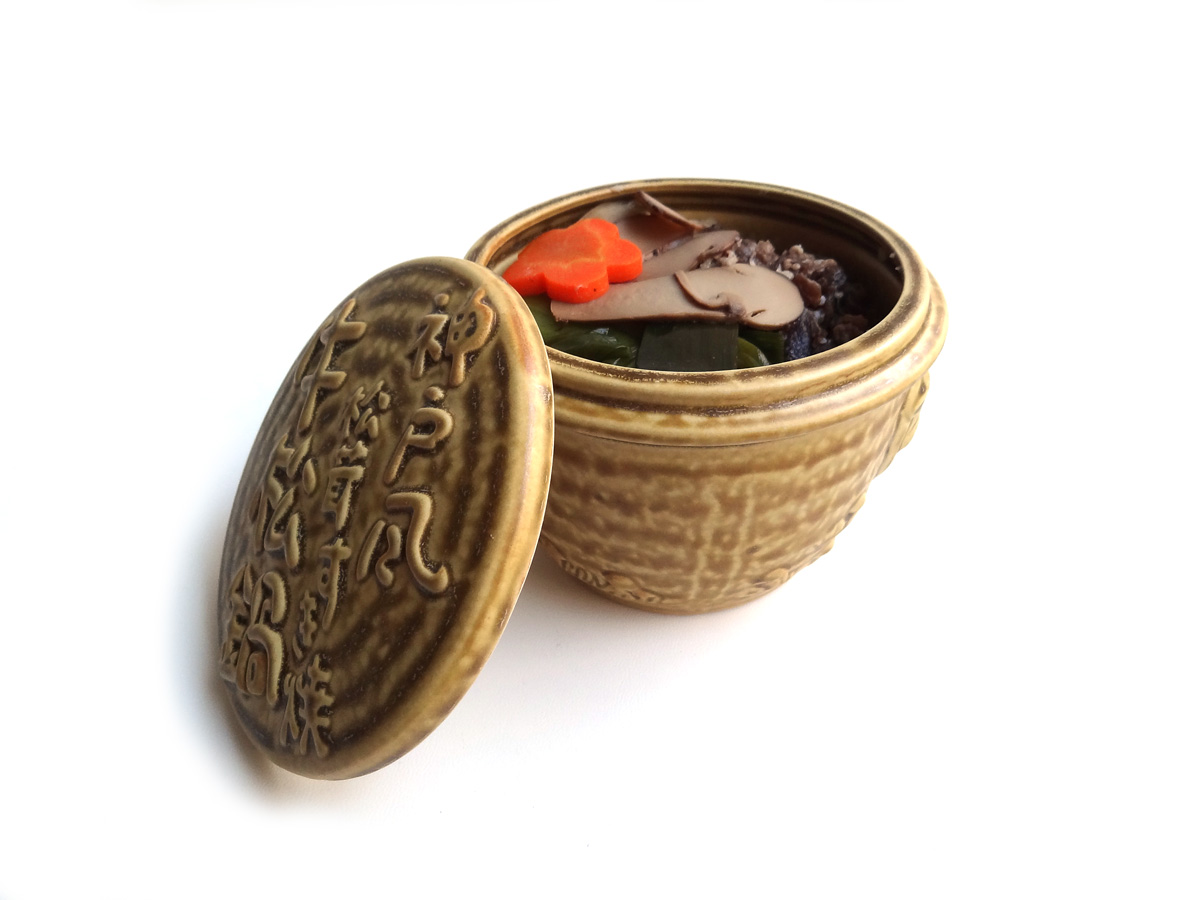 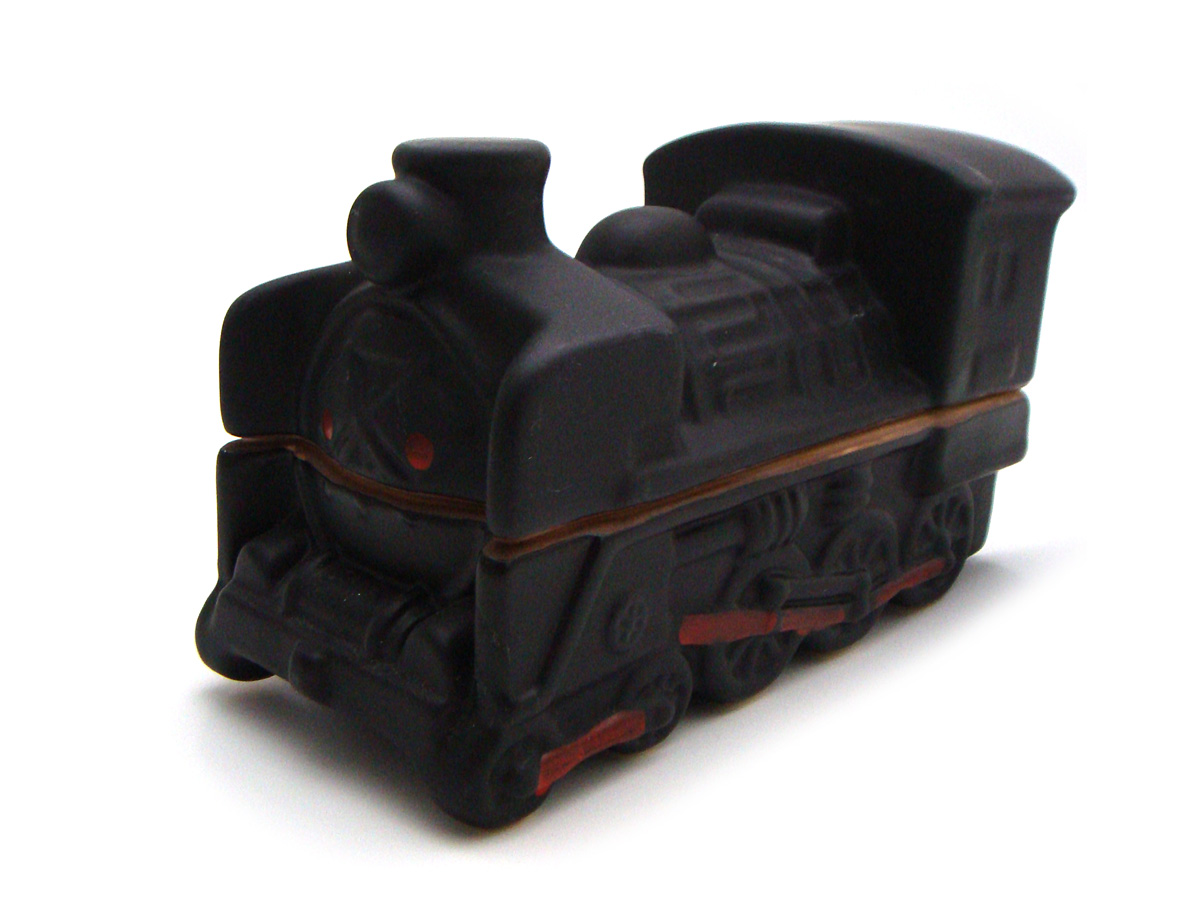 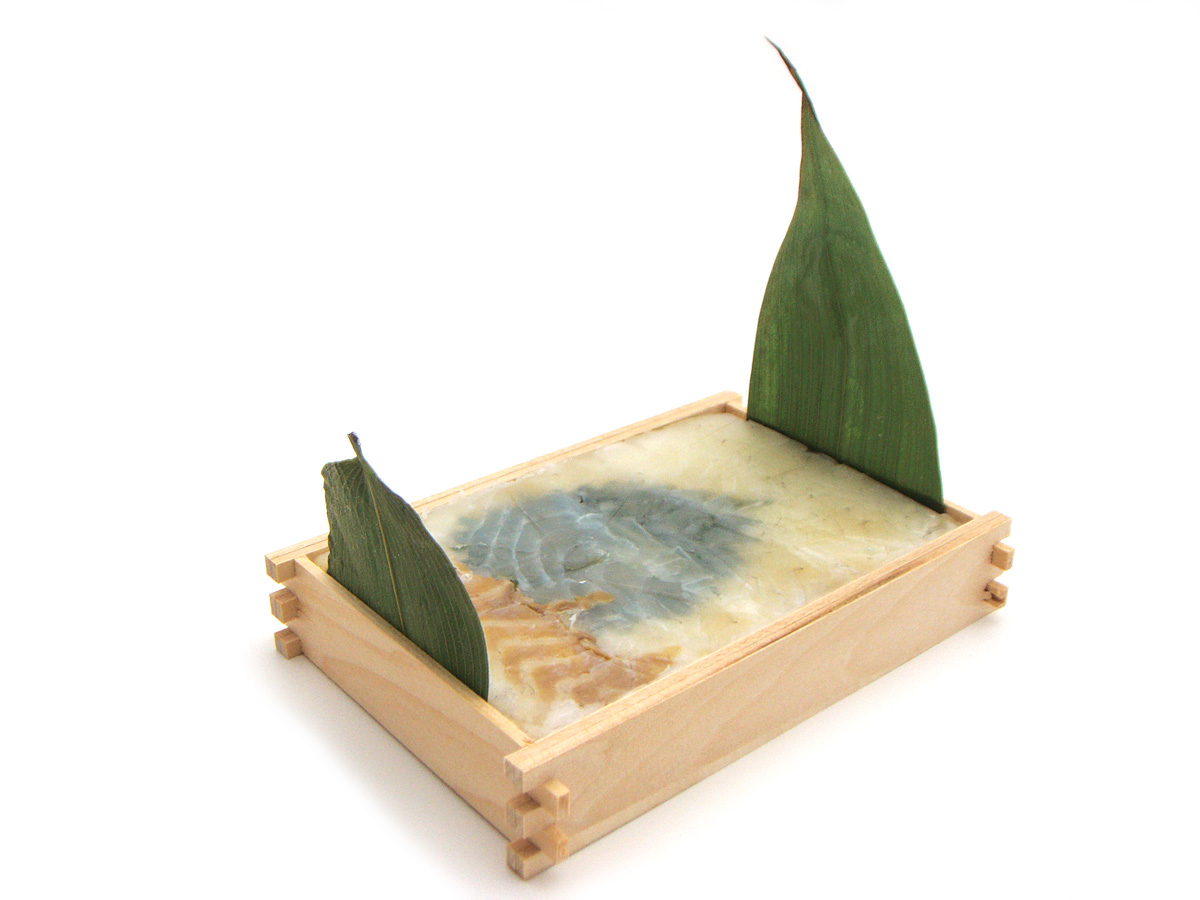 From the Meiji era through the middle of the Showa era, as trains arrived at stations, bento vendors would line up, standing right by the trains and selling their foods to customers through the train windows. With the arrival of the shinkansen (when the train windows could no longer open), they began to sell their foods from kiosks on the train platforms, from shops within the stations, or from trolleys inside the shinkansen trains themselves. The custom changed, as many people began to purchase food before boarding the train to eat while riding. Nowadays, there are almost no stations remaining where vendors approach the train windows, and it appears as though the only station where vendors sell their foods through open train doors (as opposed to through open windows as in the past) is Mino-Ota Station in Gifu prefecture.
Recently in Japan, the primary reason for using trains has shifted from sightseeing to work, and the time spent in intermediate stations has been shortened accordingly, and this and other factors have contributed to the sharp decline in the variety of traditional ekiben available today. In just the time it took for one book on ekiben to be published, 20 unique ekiben are no longer being made. Currently, even among the ekiben that show up in the book, some of them have already gone away, and others will surely do so in the near future.
Furthermore, bento including meats such as brand name Wagyu beef are growing in number, and unlike traditional ekiben, newly developed ekiben packaging features paper and other easy to discard materials. Ekiben with packaging designs based on local color and tradition are disappearing year by year.

From selling by hand, to shops, to major chain convenience stores

In 2014, the government owned kiosks (shops within stations) partnered with 7-Eleven, and suddenly there were even more cheap bento, onigiri, and sandwiches available. It is clear how “convenient” this was for consumers in Japan, as the year following the partnership saw a 70% rise in sales. However, it sadly seems as though this might further reduce the market share of traditional ekiben.
It is not only happening at stations, but around the world there is increased homogenization, with stations often appearing inside shopping malls and the like, and it feels like this change threatens to destroy a lot of what makes local regions unique. While there is economic merit in producing large volumes of a product and decreasing the price per unit, it means that there is less of an opportunity for small businesses and creators, and it is leading to the disappearance of ekiben, handicrafts, and other traditional industries that used to have a prominent place in the culture of their region.

Even before ecology became popular, sustainability was already evident in ekiben

Even before the recent increased awareness of environmental concerns, the packaging of ekiben was carefully created so that it could be reused as something like a savings box or an accessories case, naturally reducing the amount of garbage. It would fill your stomach, teach you about local traits and cultures, become a souvenir of your trip, and be a useful item when you returned home. Nowadays bento boxes go beyond the careful crafting that made them usable as accessories boxes, with some being made from biodegradable plastics, and others having seeds in them so that they can be used to grow plants. However, this culture and attention to detail may well disappear along with traditional ekiben.
The FOLKHOOD Ekiben Project is producing an English language book to share ekiben with people from all over the world, in order to help the ekiben makers who still work hard and thoughtfully create ekiben, and also in order to preserve this unique Japanese culture.
There are also many characters such as Pikachu (Tokyo), Hello Kitty (Tokyo), Anpanman (Kochi prefecture), Ultraman (Tokyo), and the Hanshin Tigers mascot (Shin-Kobe Station in Kobe, Hyogo prefecture) which could not be included in the book due to copyright issues, etc. Please look for them as well.
Our dream for the future is for a wide variety of people from all over the world to seek out ekiben, traveling to local areas like the place where a talkative husband and wife make Bokoimeshi ekiben. Please do not limit yourself just to big cities like Tokyo and Kyoto, but seek out ekiben and take a trip to experience new Japanese foods. 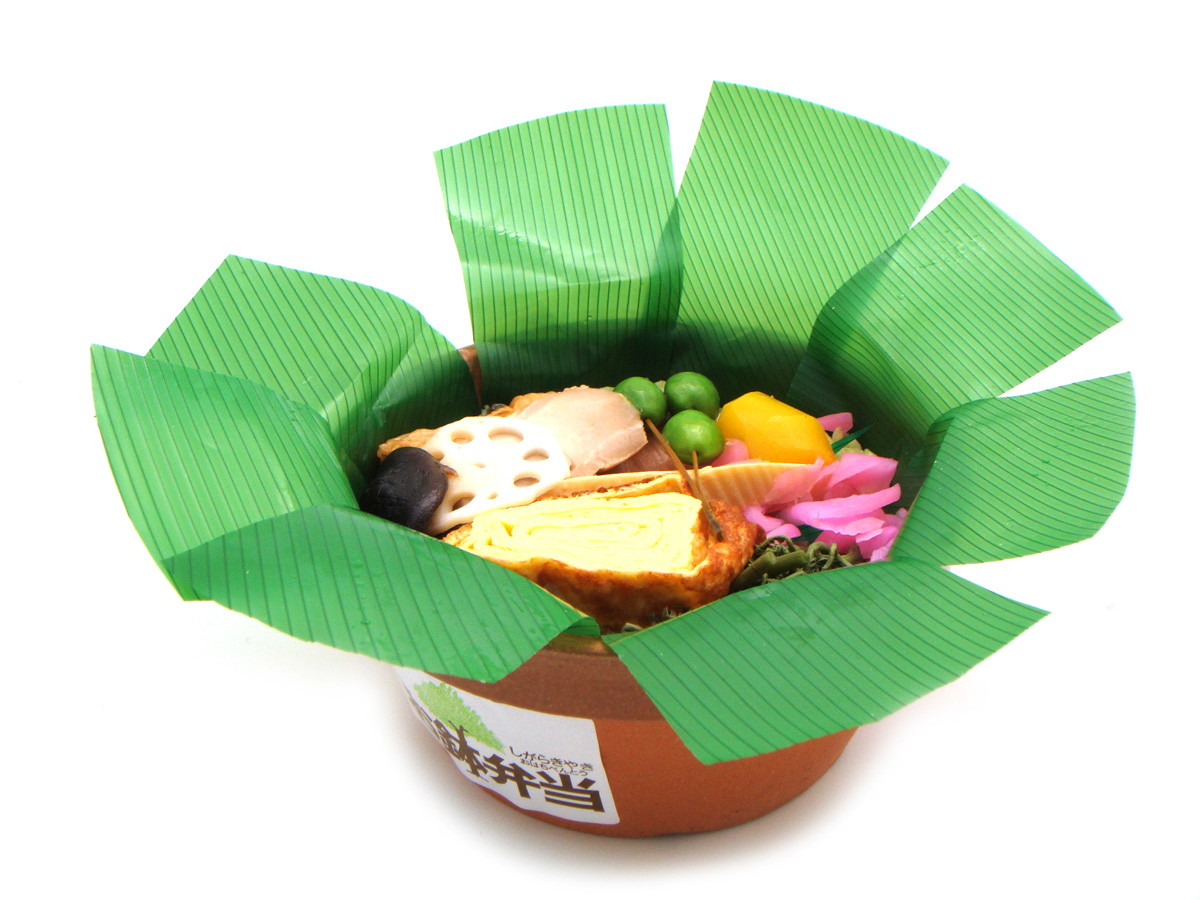 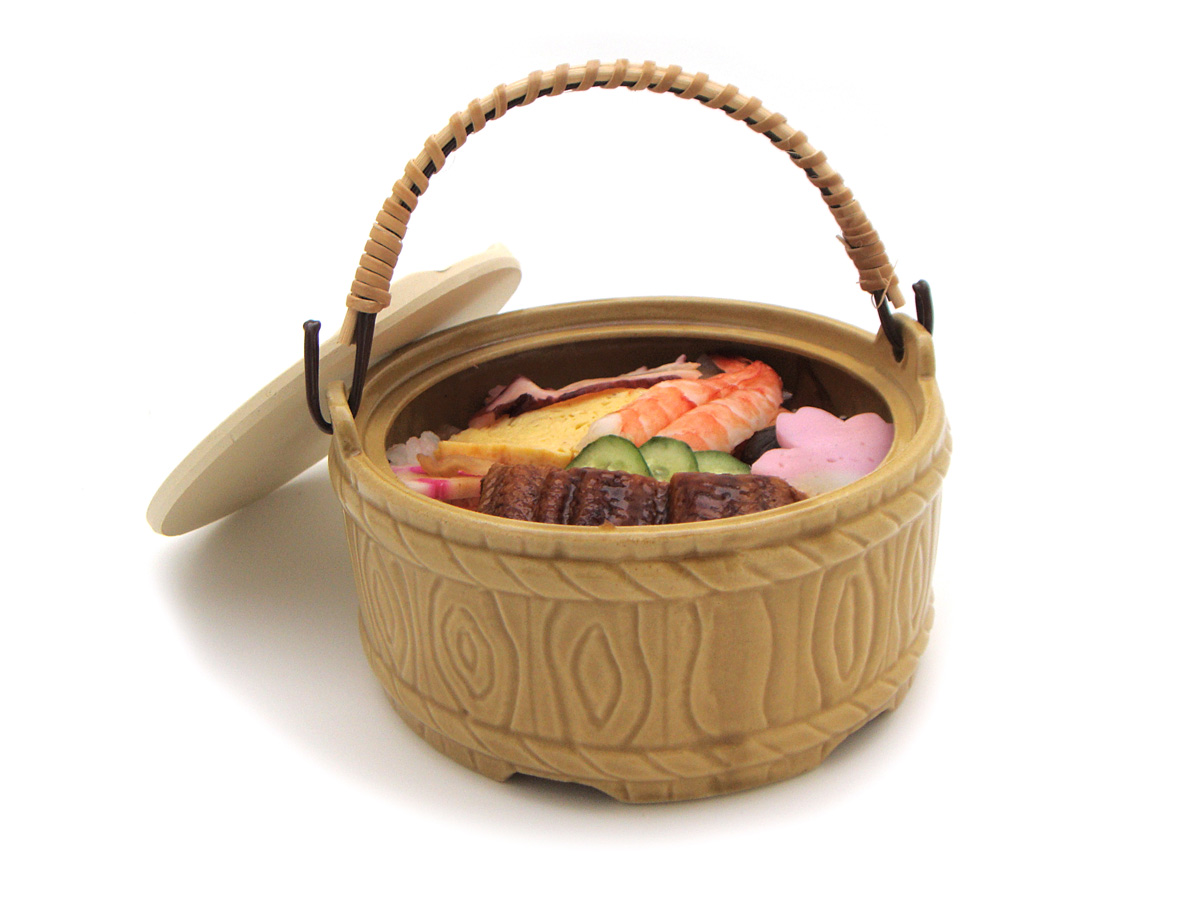 The “bento” concept in the minds of all Japanese people is based on the food their mothers made when they were young. They have fond memories of the food that was nutritiously prepared to keep them healthy, and that was full of love. It is the taste of home that they enjoyed at school, on field trips, or during a picnic. This shared experience brought forth the bento culture, with food that is delicious even when served cold and careful techniques and tricks that enable it to be safely preserved. This tradition has been passed down through households, and it is truly the flavor of Japan.

Here is one form of playing with the packaging of Masu Sushi from Toyama that was not included in the book. (This custom is from the family of the author, and it is not common practice.) Using the four bamboo sticks held in place by rubber bands and the sushi containers, torii gates can be created to make a shrine for dolls to visit.
Surprisingly this is a big hit with kids, and they line up toy cars and dolls as they play at having them visit the shrine, so it is presented here as a somewhat unusual secondary use of the packaging. 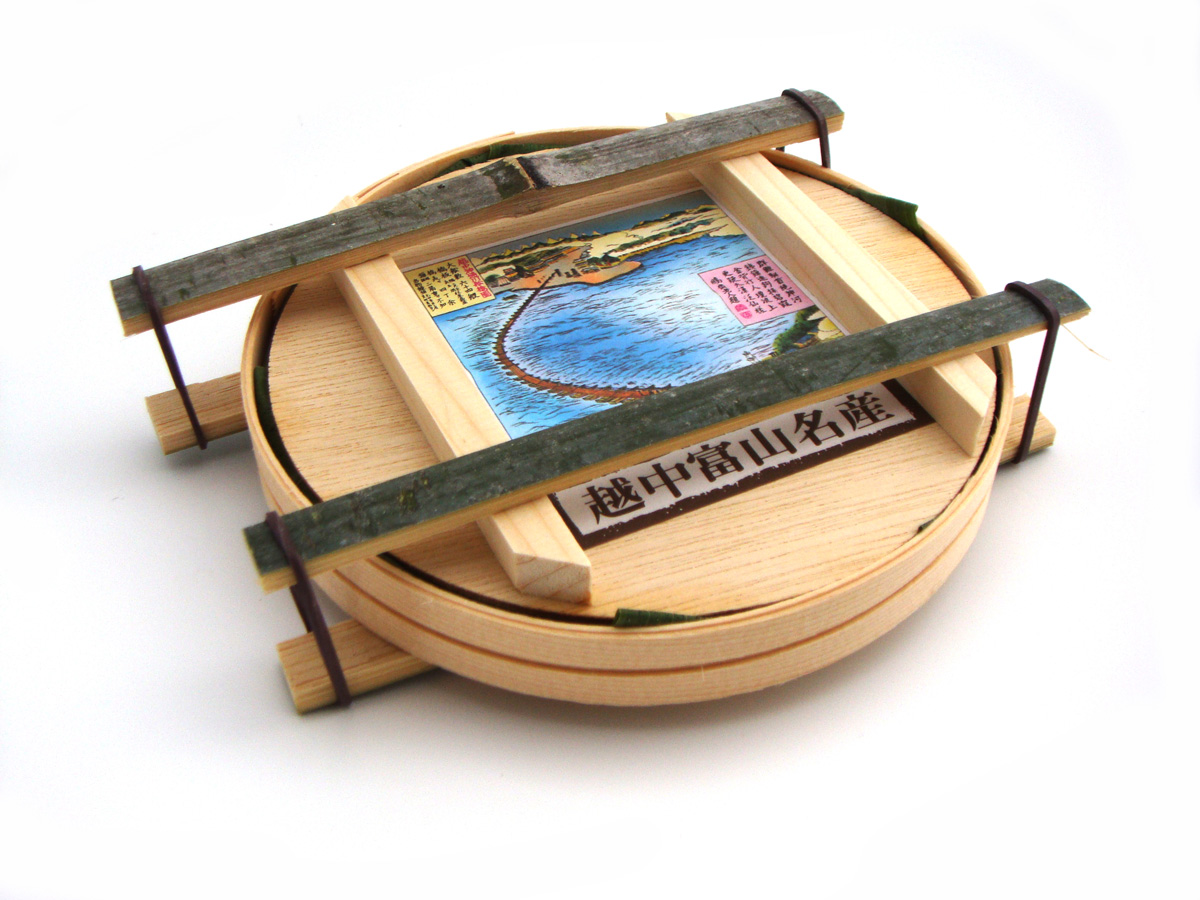 •The Industrial Revolution brought the spread of railroad tracks to major cities throughout the world, and this enabled people to come into contact with previously unknown regions and people in places far, far away. While railroad culture exists around the world, the ekiben culture is unique to Japan. Of course there are other cultures involving food, but the ekiben culture is unique in that it shares the special products of a local region in a unique container with people arriving at a station, and the detail oriented cuisine makes use of local ingredients, seasonings, and preservation methods. The amount of love for one’s hometown being so evident in a single meal and the industry’s careful attention to detail for every aspect of the food are not seen in other countries.
Text and Photo by Aki Tomura