Made with Japan Project 2017 Latvia+Sabae

The official name of Latvia is The Republic of Latvia (Latvijas Republika), and its capital is Riga. Latvia has the borders with Estonia in the north, Lithuania in the south, Russia in the east and Belarus in the southeast. Latvia is about 1.76 times as large as Kyushu. 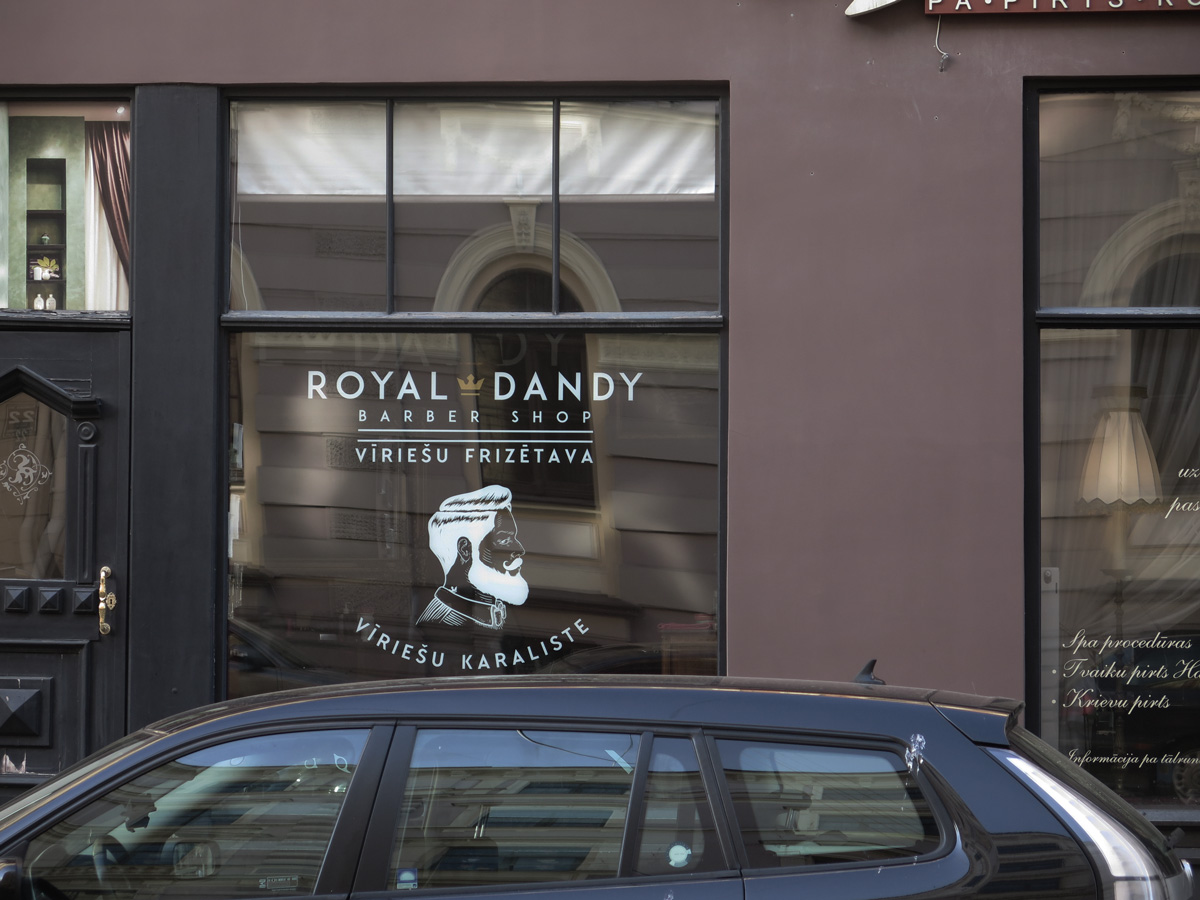 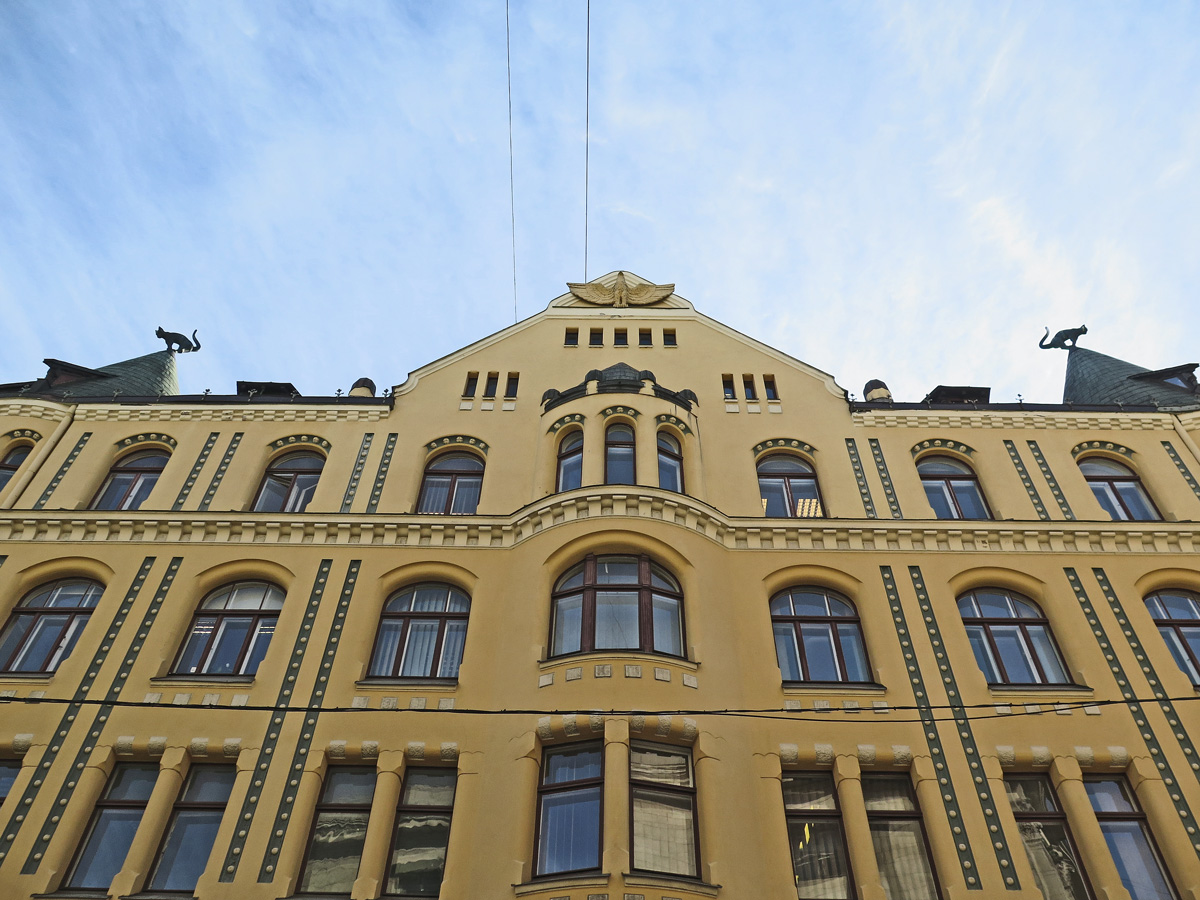 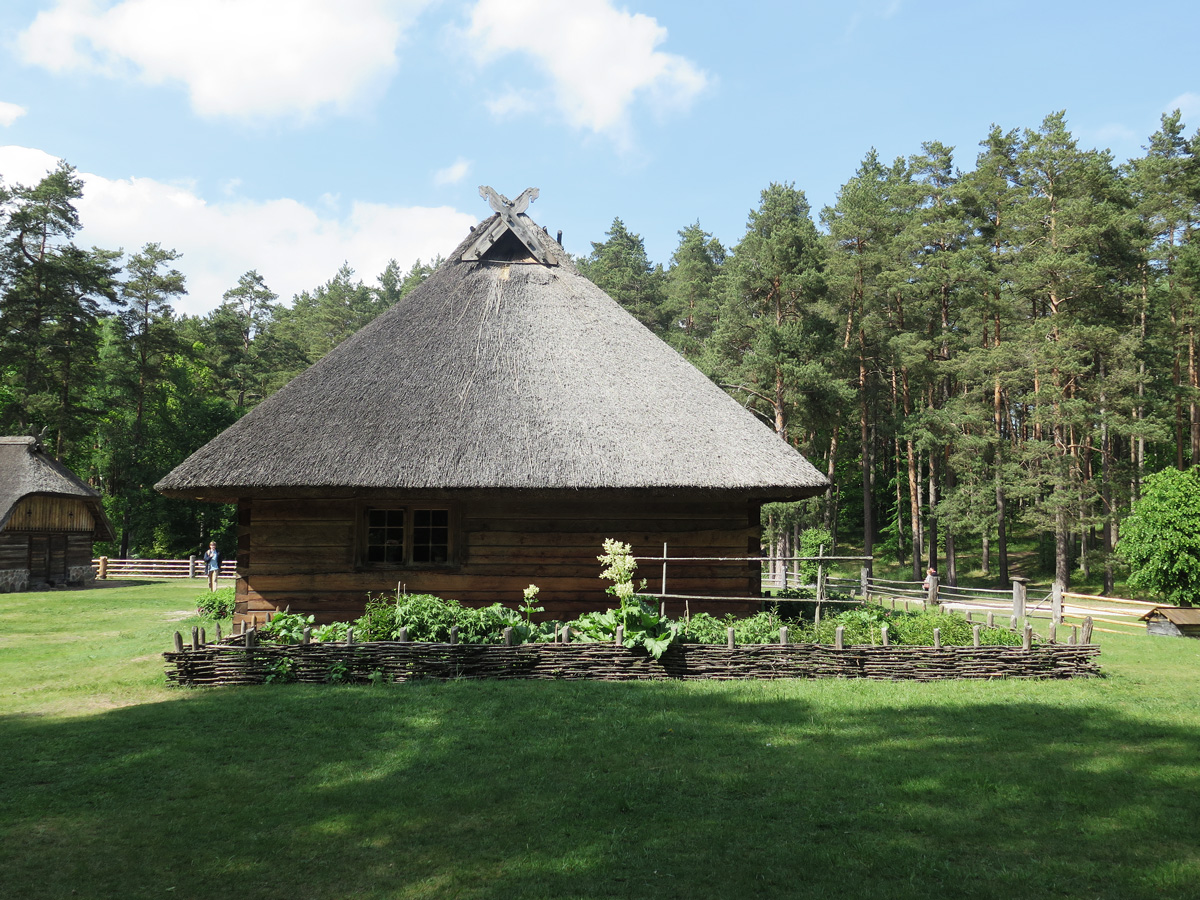 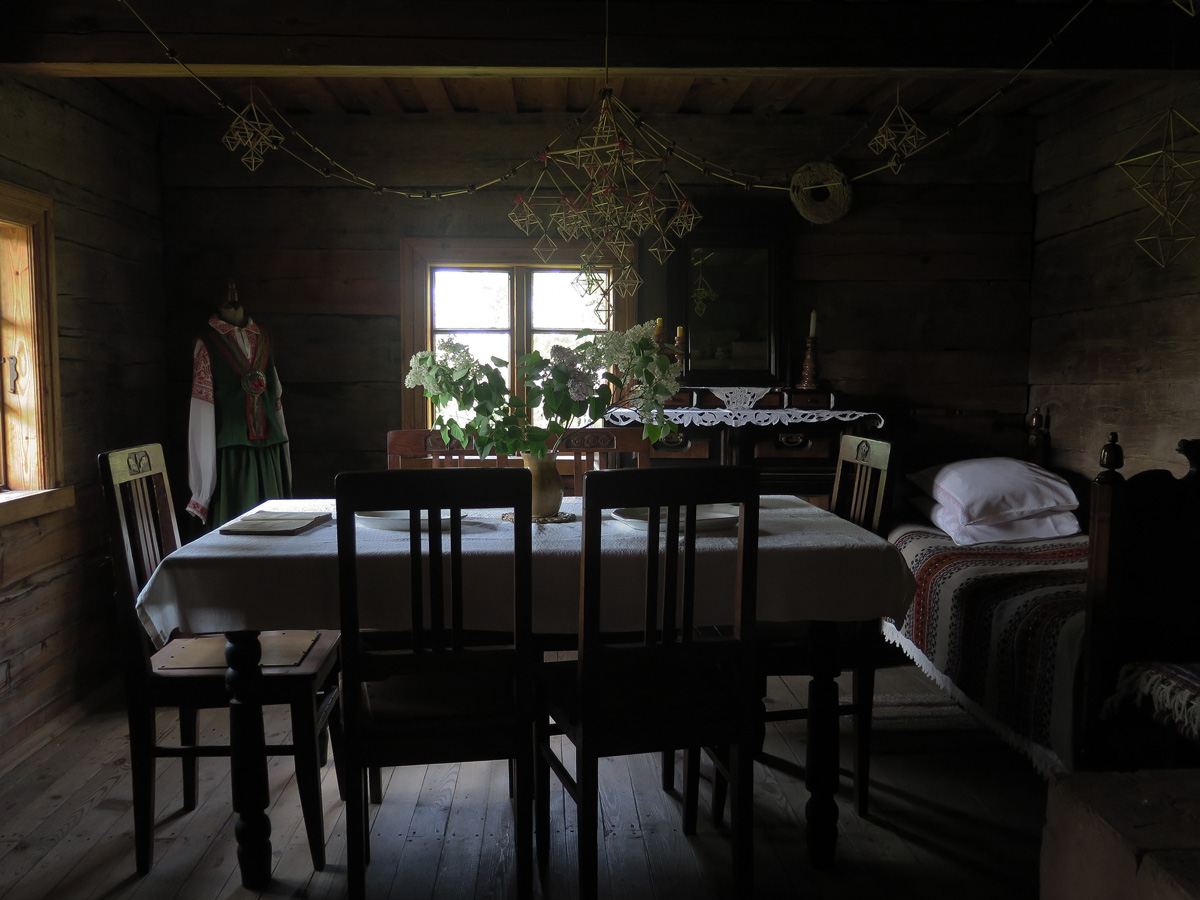 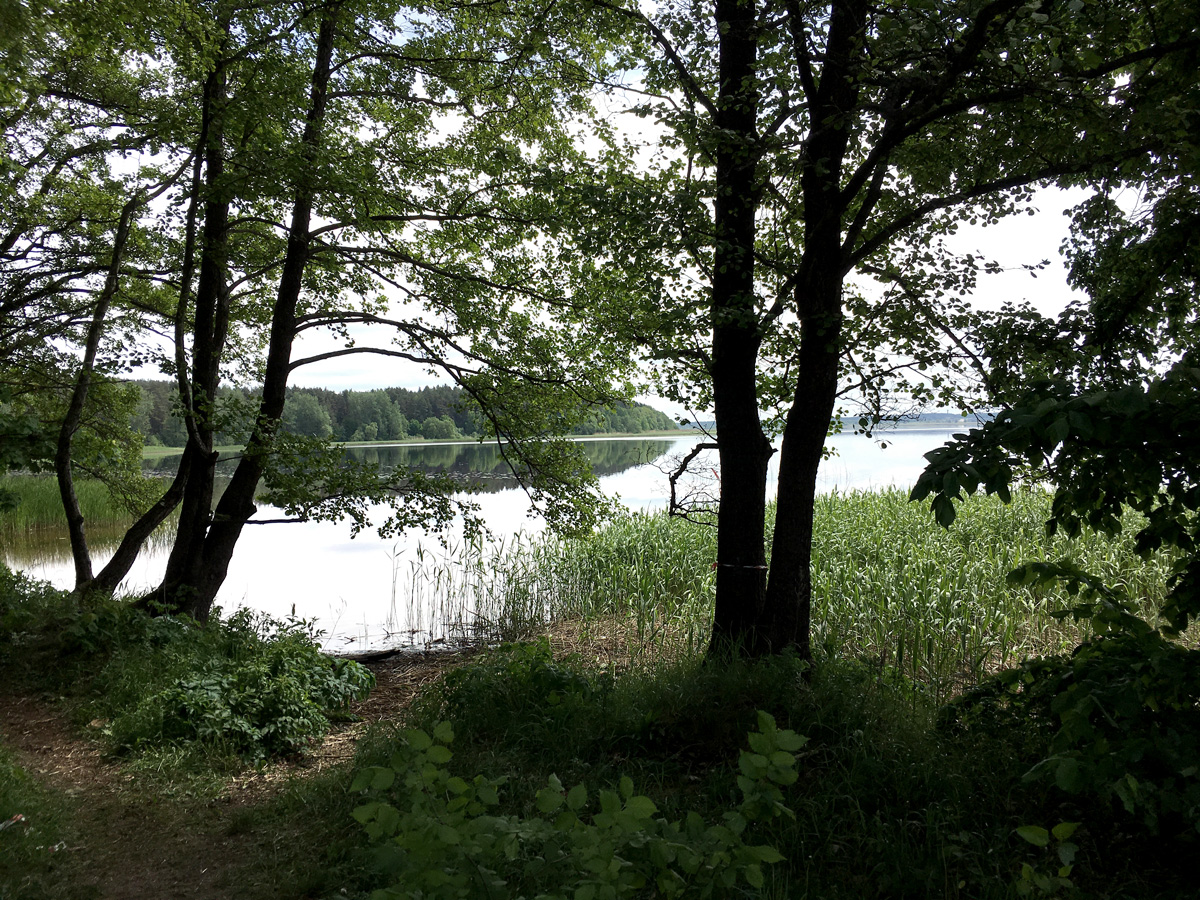 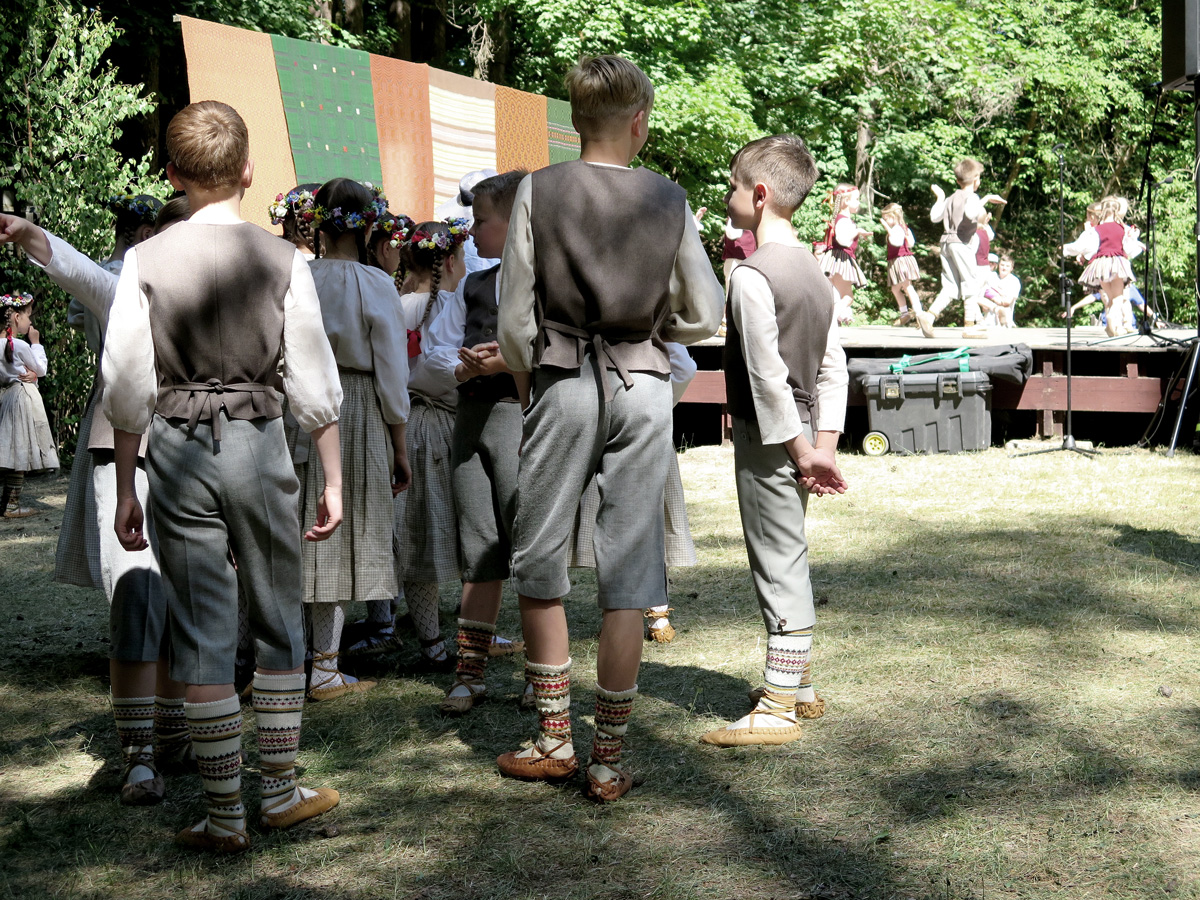 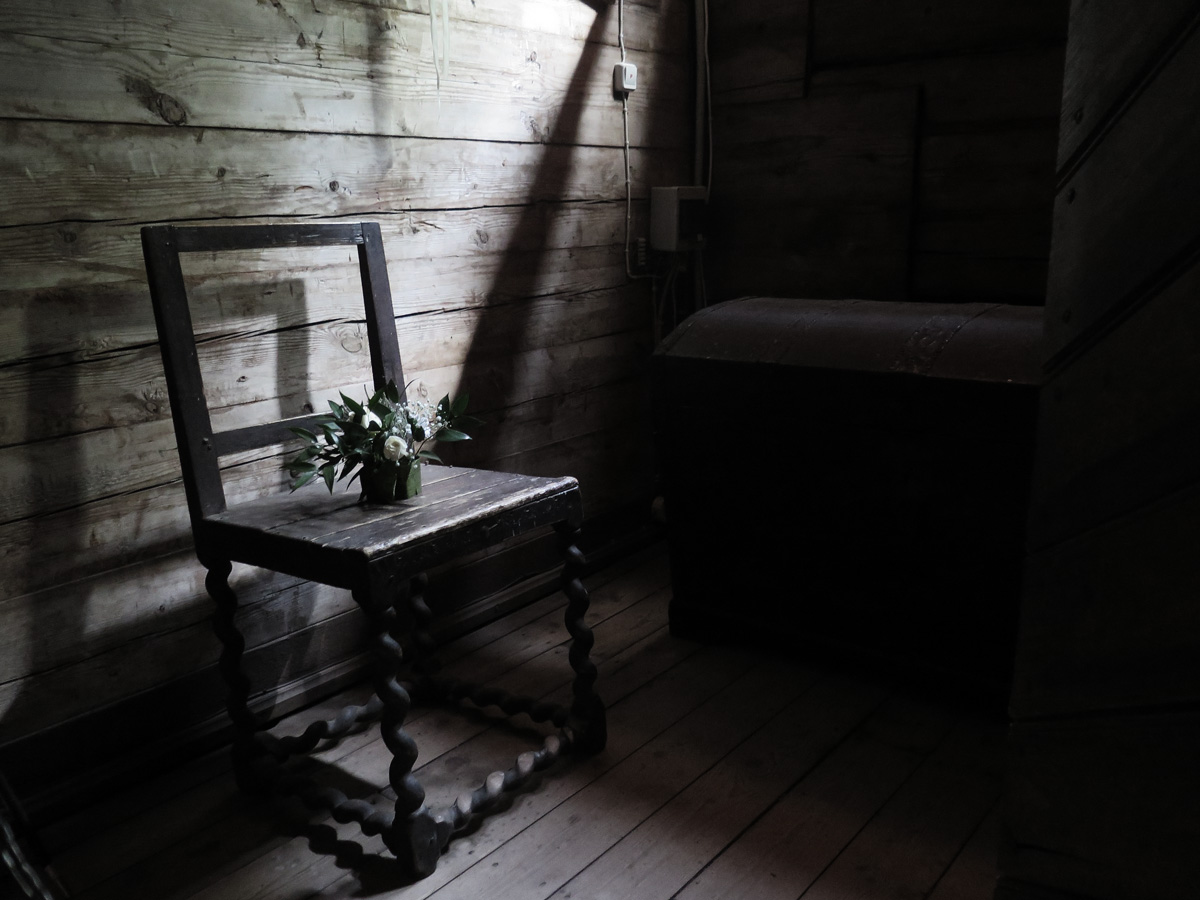 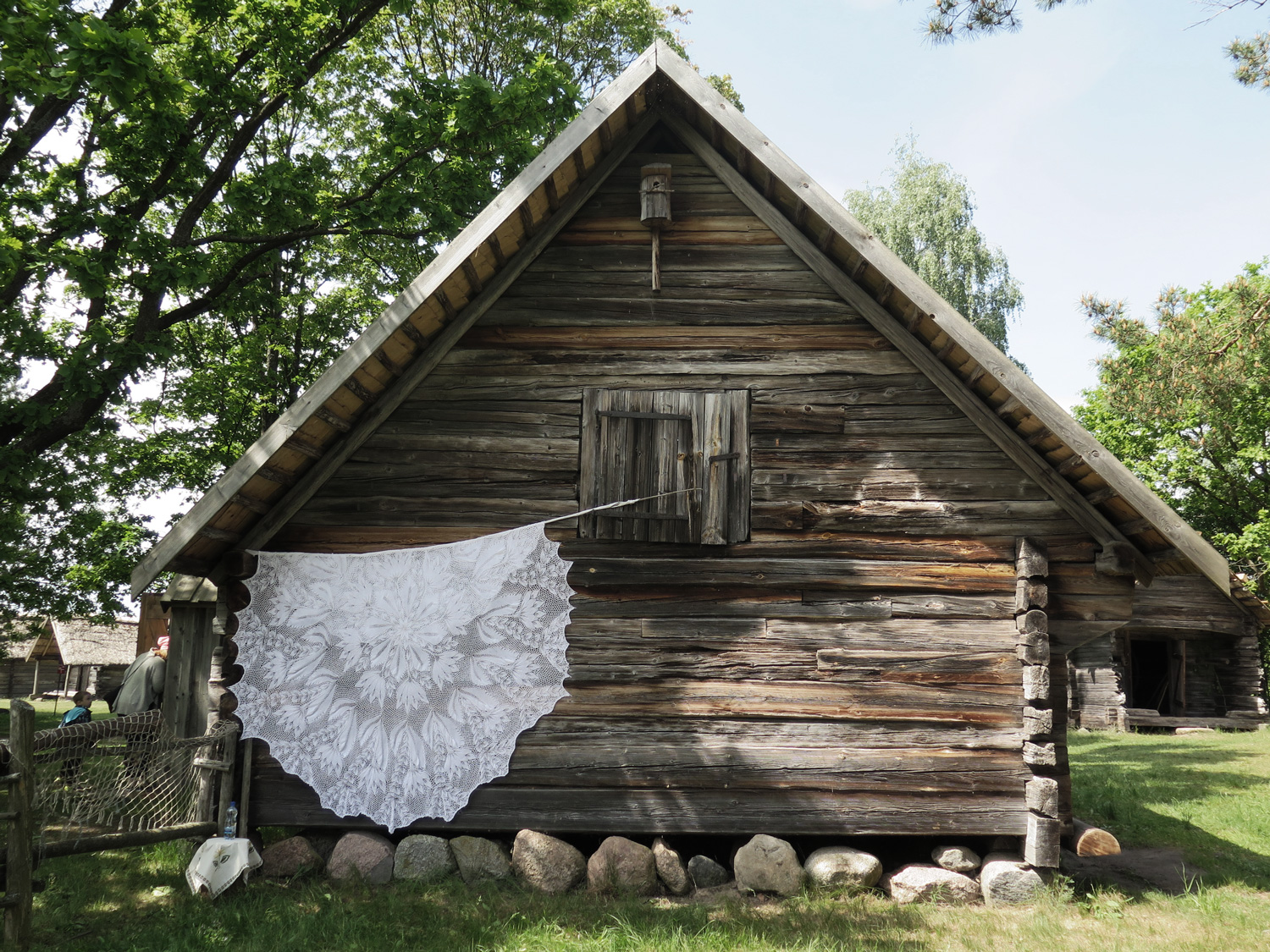 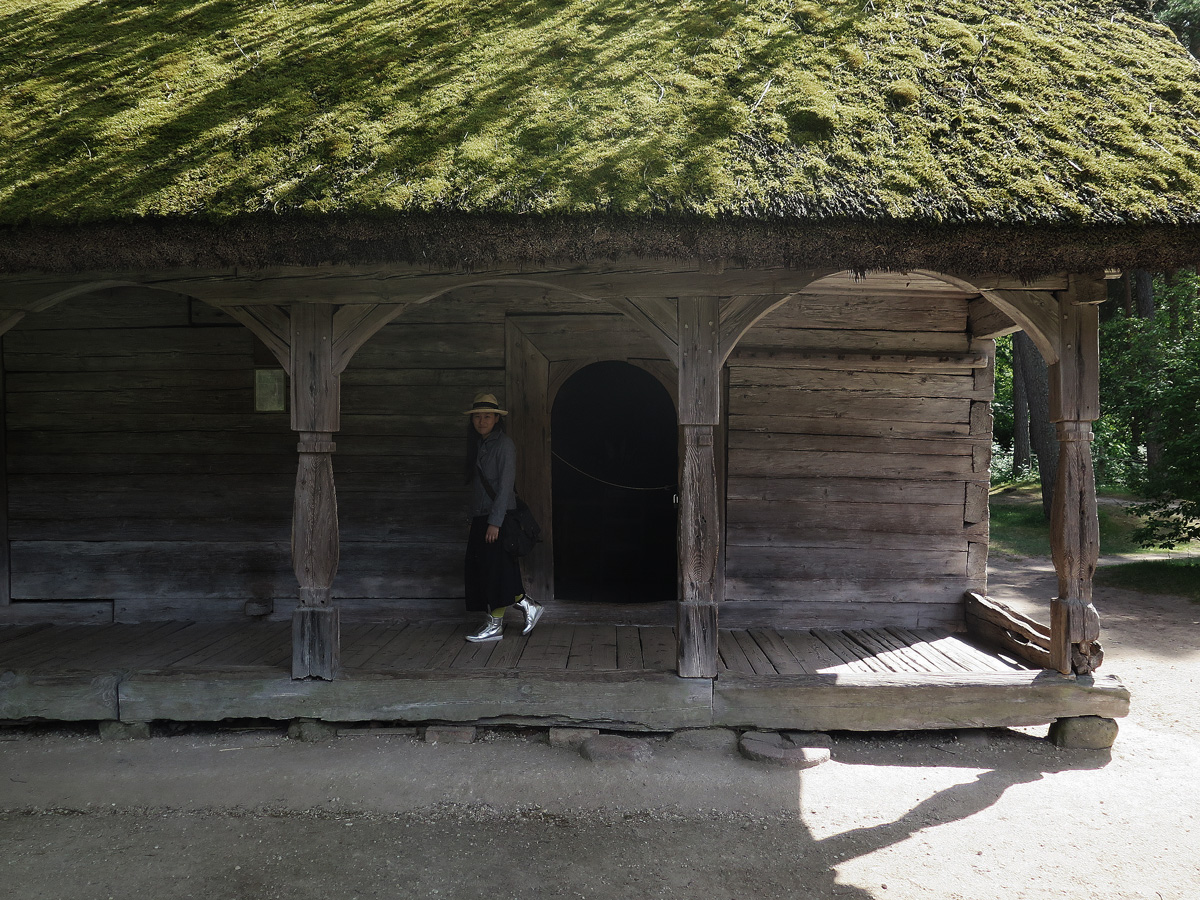 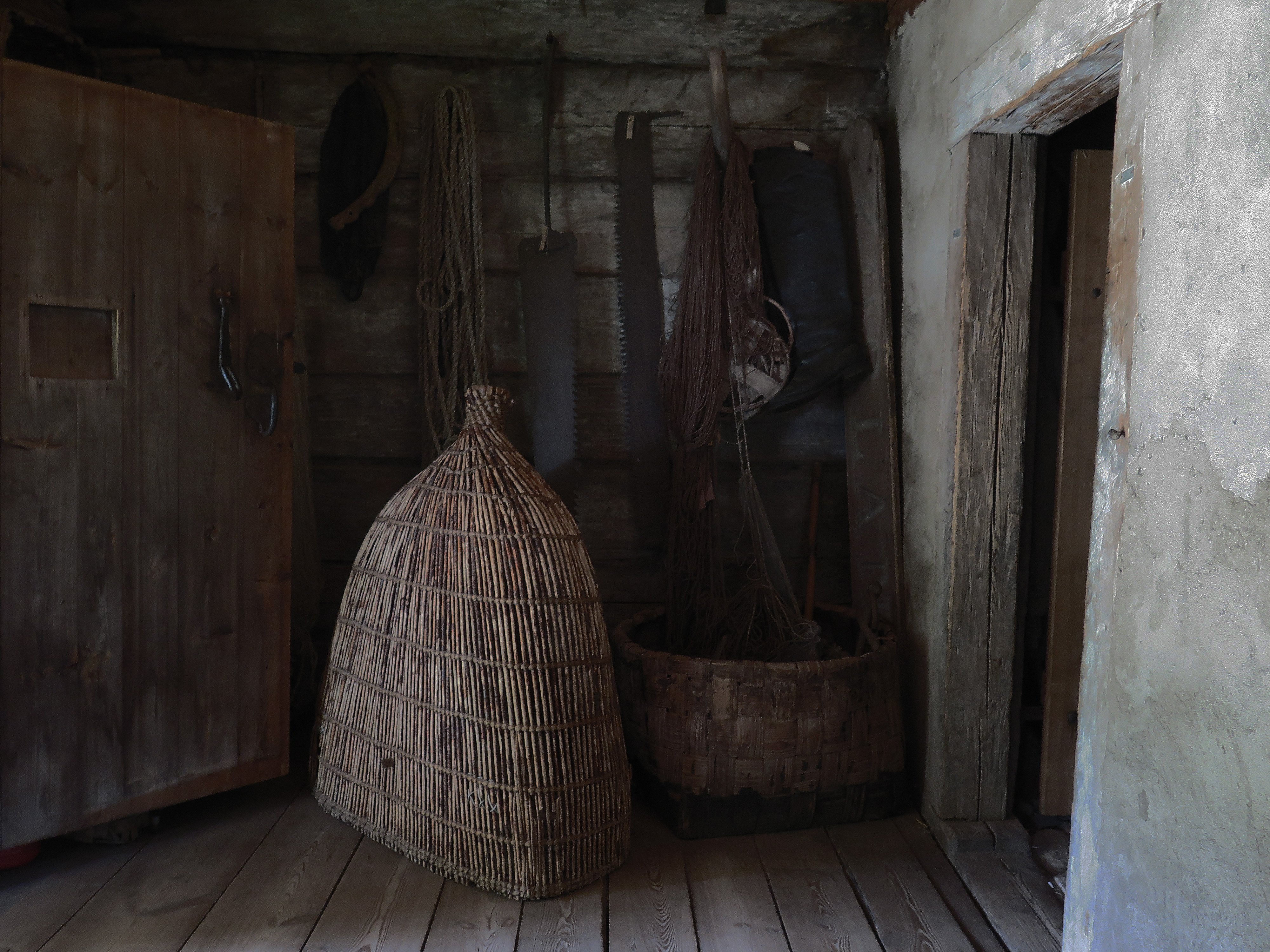 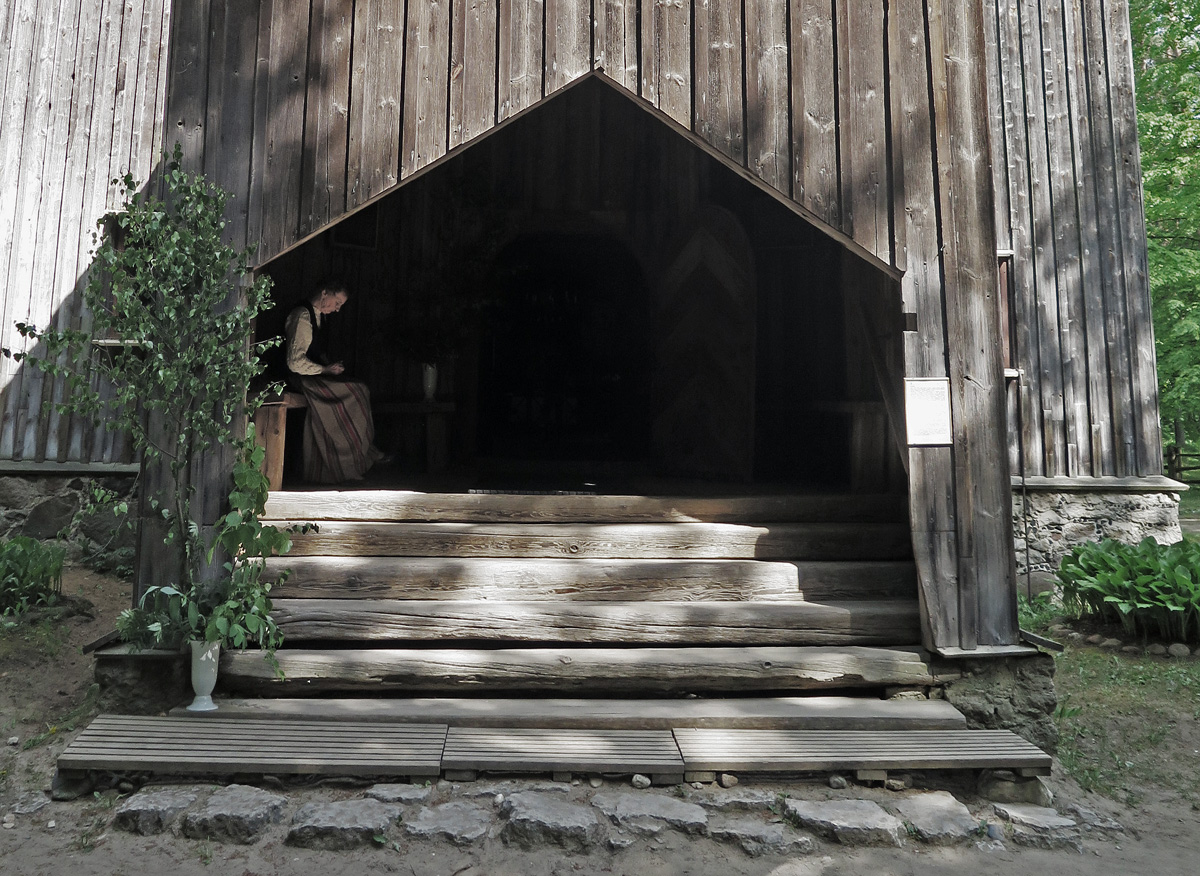 In 2017, the country was officially certified as the European Region of Gastronomy, so that we could enjoy a lot eating out when we went there. Since there were a lot of casual restaurants dedicated to the ideal of local production and local consumption like coma in Copenhagen, the prices were not as expensive as in Tokyo. If you go to Latvia, we highly recommend that you always get up-to-date information through Trip Advisor of Riga, as the city is now in the midst of a boom in construction. We are sure that all the restaurants in Riga will provide you with the great time with a feast for the eyes and the stomach. 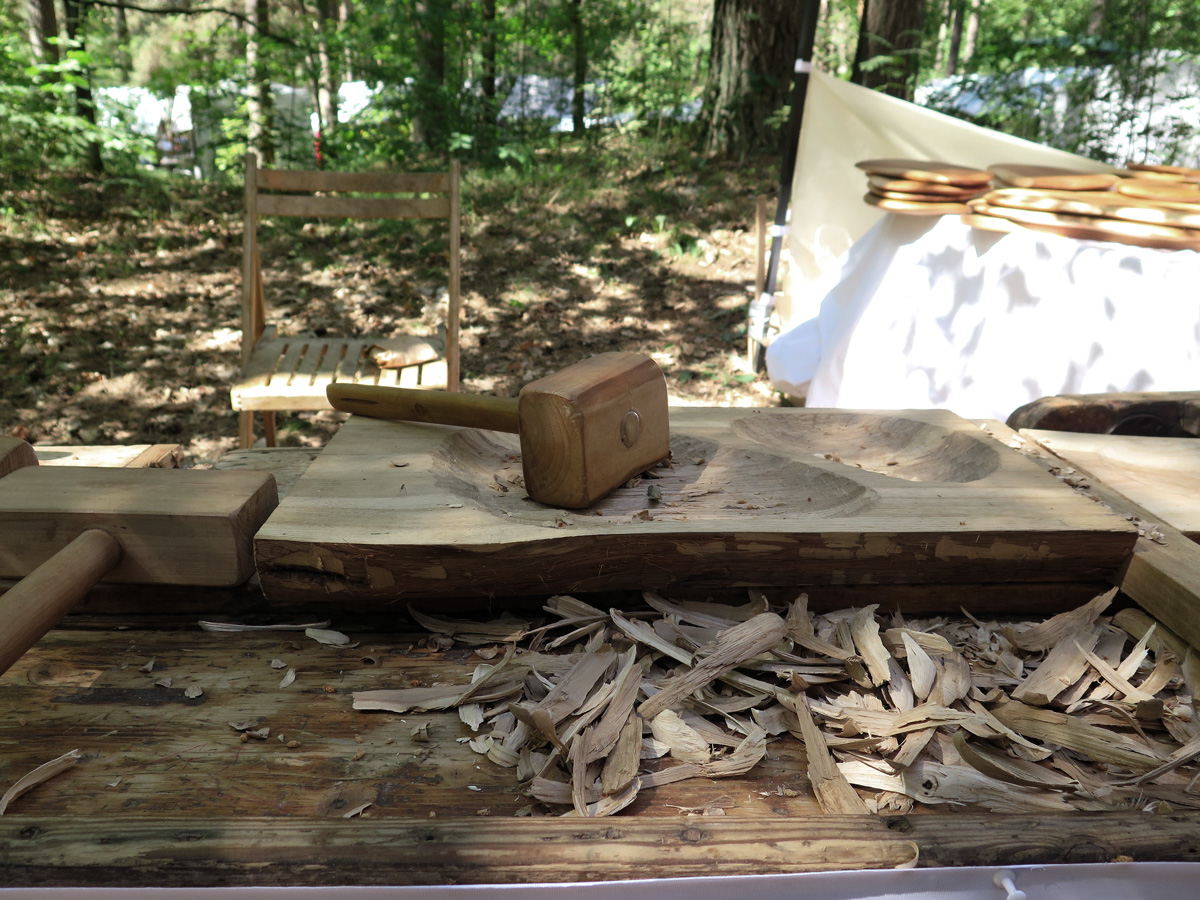 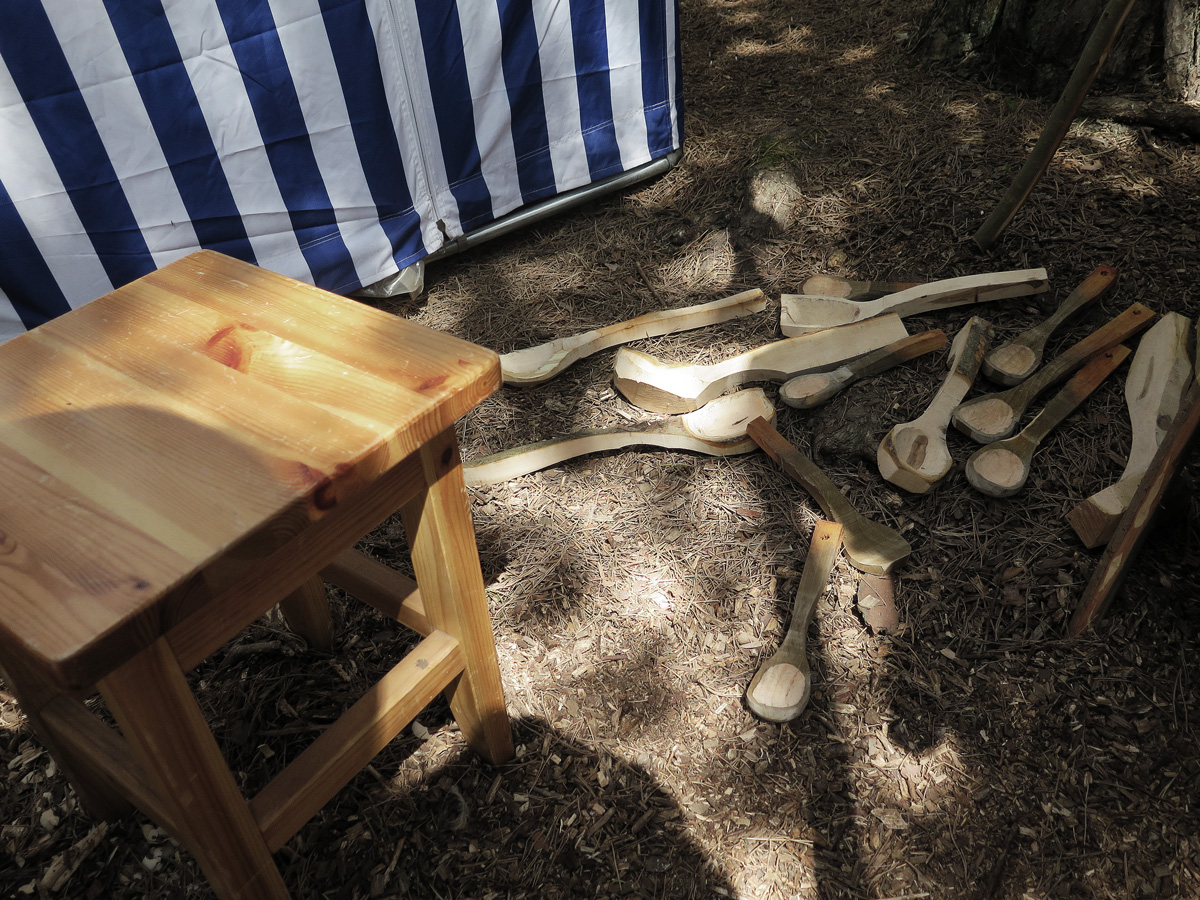 First of all, we traveled around Latvia, Lithuania and Estonia in 2016 in order to collect wood products. After bringing them back in Tokyo and using them for a year, we found that those products got moldy and blackly stained on the surface. Of course, they could be used as they were if you coated them with some vegetal oil. But if we left them alone, some of them got covered with thin white mold. Therefore, we rediscovered the significant effects of Japanese lacquer, which prevented the products from molding, especially for the humidity in Asian countries.

The forest covers nearly half the country. Latvia has always been known for its good-quality woody materials. As winter in Baltic states is severe, they spend time indoors doing woodworks. They know exactly how to use the woody materials for different purposes in accordance to the use, so the woodworking is inseparable from their daily life.
However, the number of people who use woody spoons and plates is decreasing. Metal materials have become much more popular in the past several years. On the other hand, in Japan, the number of lacquer workers is also decreasing, and we barely see lacquer products in everyday life. The lacquer craftspeople are always striving to revive the lacquer culture in various ways.
Visiting one of only a few manufacturers of lacquer products, we could see their original molding planes made to conform to each product. They cannot invest enough time and money to each product, unless it is a renowned creator’s work. Based on the concept that the Japanese lacquer and Latvian woody products should cooperate in creating a new potential market, we have started Made with Japan project. 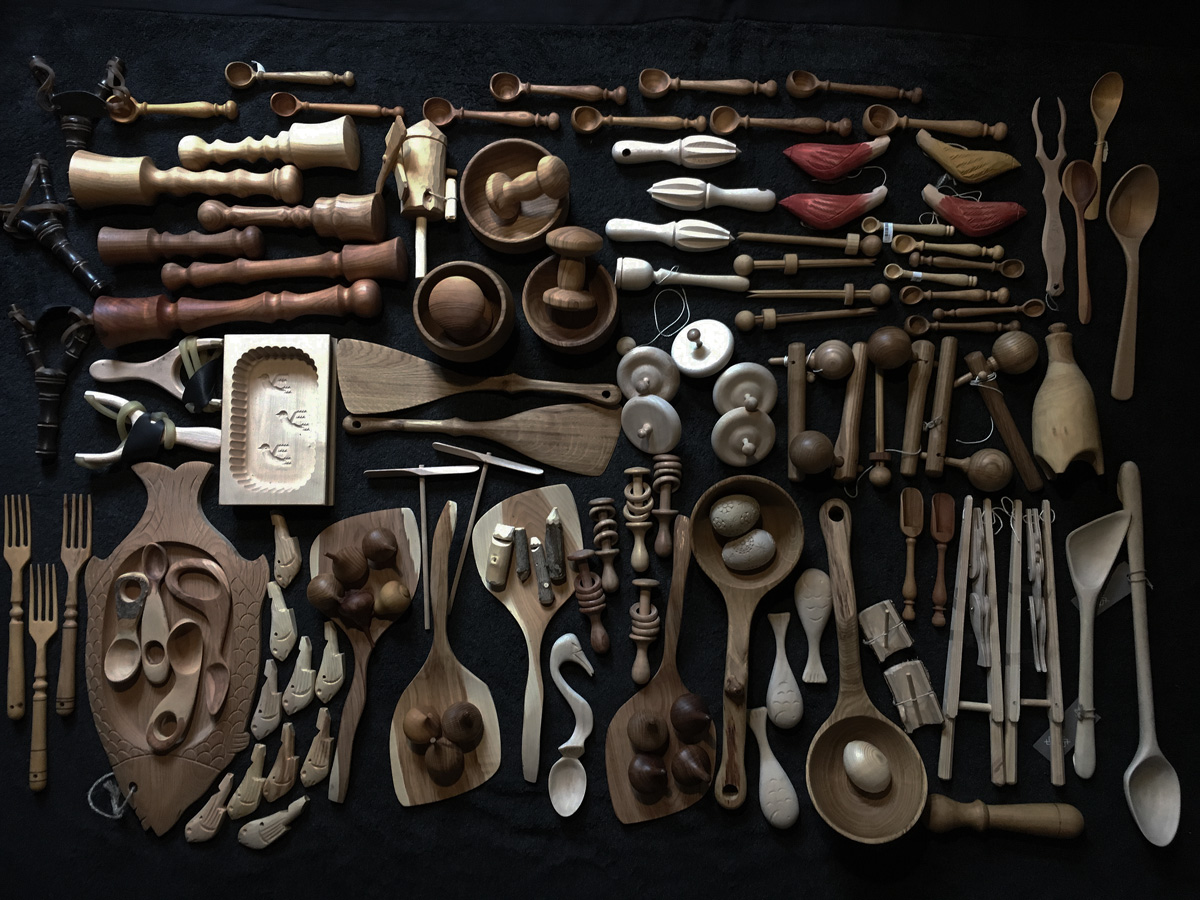 In 2017, we revisited Latvia to meet the workers in a traditional craft market held in the forest. As we went there with two friends of mine this time and met a member of the editorial staff of the magazine “Discover Japan,” we had a fun time there.

The capital Riga is the largest city among the three Baltic states and has a population of about 700,000 people. In the suburbs of Riga, they hold a traditional craft market in the forest in every June. The tourists who like handiworks gather there from all over the world. The venue is called The Ethnographic Open-Air Museum of Latvia, which was established in 1924. Now its territory covers 87.66 hectares of the forest, but it is used just one third for the market. Besides that, you can see about 118 lifestyles of ancient Latvian farmers and fishers including their bathes, houses, churches, wells and work rooms. During the market for two days, you can enjoy Latvian cultures such as traditional foods, dance and songs on the stage near the main gate. There are a lot of stall stands near Juglas Lake. There is also a large ground for children, so the market will be the great place for a family day out.

Latvian traditional houses and lights are vaguely similar to Japanese architectures. It is not surprising because Latvian has a culture of a worship of nature just like Japan. Latvian thatched roofs, tiny entrances, decorations and patterns might remind you of a Japanese traditional scenery.

＊Please note that there is an entrance fee for the craft market. We recommend that you change a bill into coins before you arrive there as sometimes they have no change. 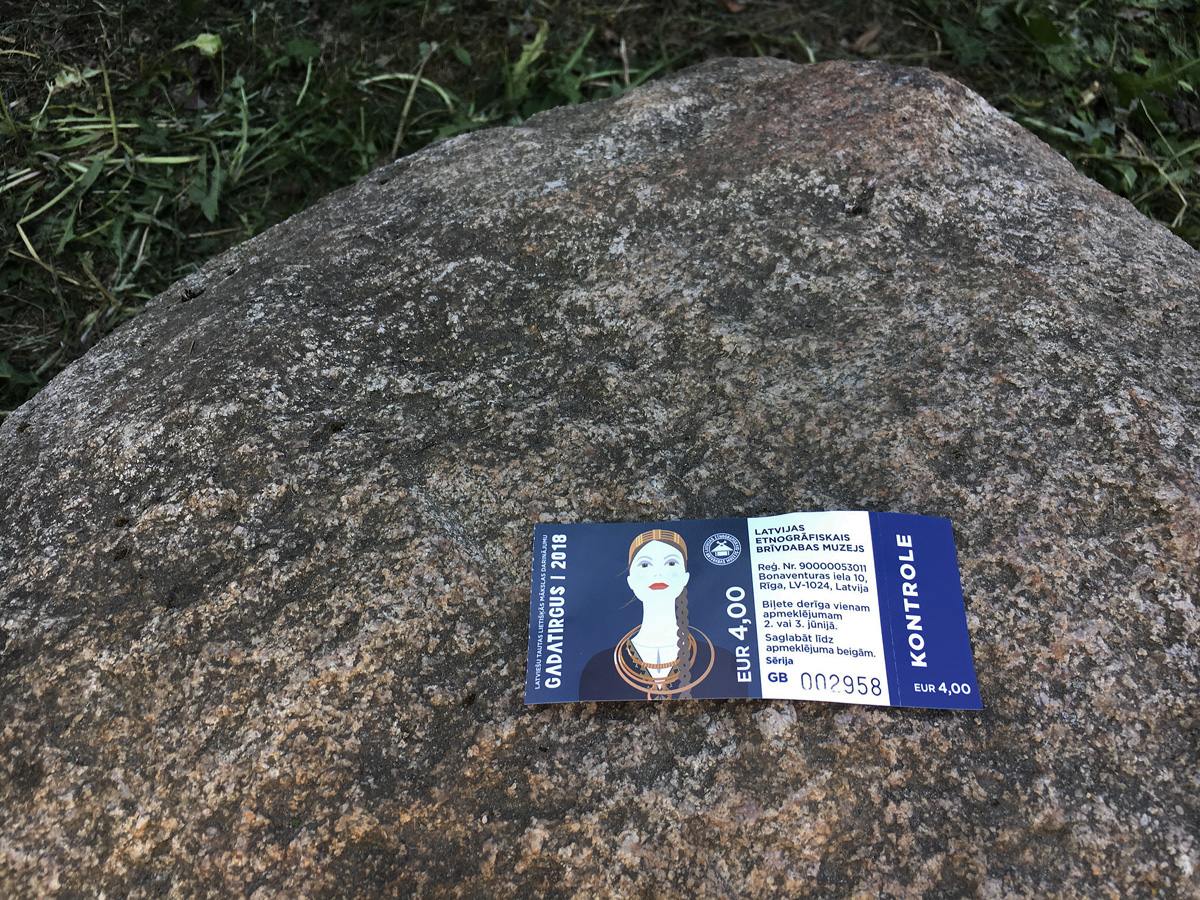 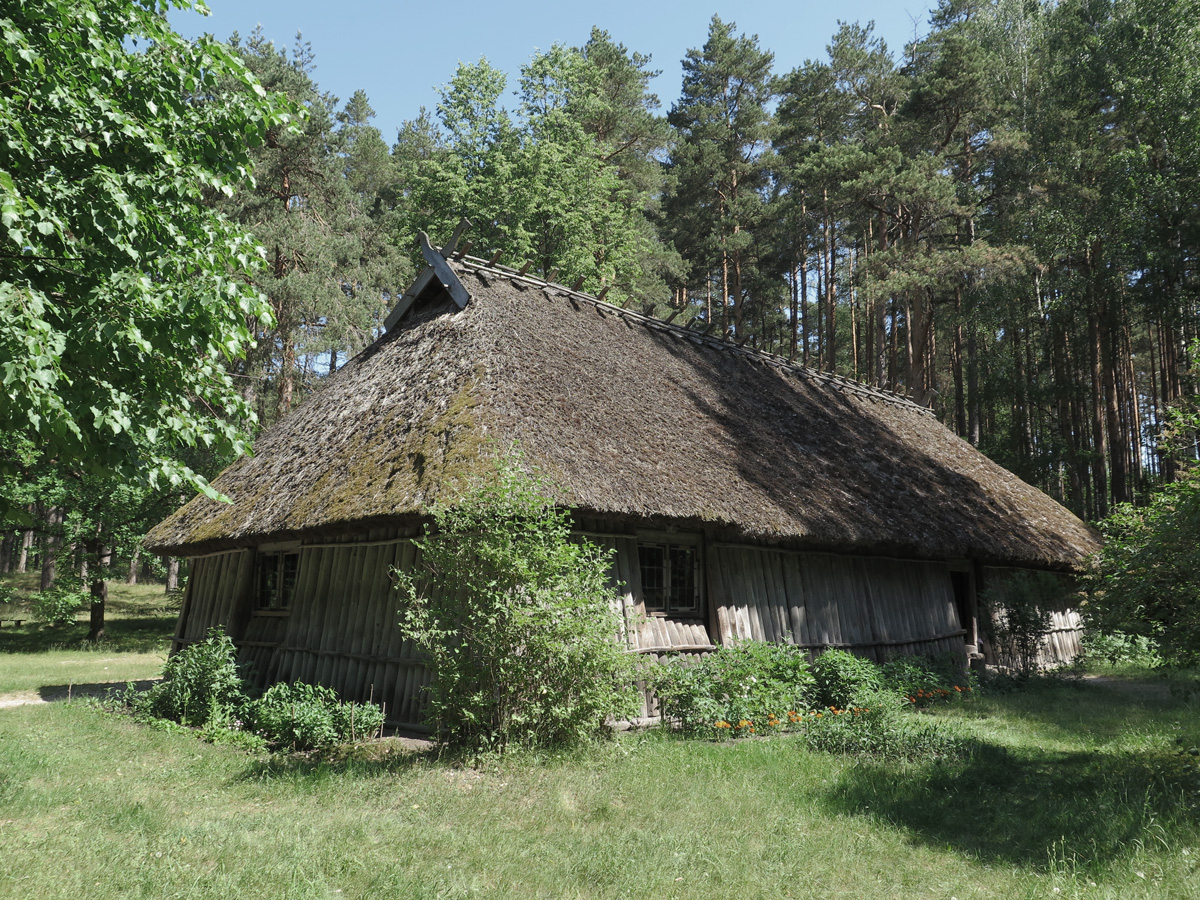 In 2015, before starting purchasing materials, we traveled around Lithuania, Latvia and Estonia. By way of Moscow, we went to Kaunas in Lithuania and were recommended to visit Chiune Sugihara Museum. The museum was run by private investments, not by the government. Sugihara became a vice-consul of the Japanese Consulate in Kaunas in 1939, and during the World War II, he helped some six thousand Jews flee Europe by issuing transit visas called “Visas for Life” to them so that they could travel through Japanese territory. It was said that a lot of Jews had arrived at Tsuruga Port in Fukui Prefecture after the long journey.
Actually, our initial plan didn’t include the name of Sabae in Fukui Prefecture. But after hearing Sugiura’s story, through the introduction of Mr. Yoshimasa FURUSHOU, we quickly decided to cooperate with “Shitsurindo” with more than a 200-year history, the traditional lacquer maker based in Sabae, Fukui Prefecture.

At City of Creativity, Sabae

Sabae is not only renowned for its eyeglass frame manufacturers but Japanese lacquers, fibers and traditional papers (washi) of high quality.
When it comes to“Shitsurindo” established in 1793, there are still a lot of young people who want to work there. The company has always been popular and lively. Mr. Toru UCHIDA, the CEO and also the craftsman of “Shitsurindo”, is the 8th generation descendant of their family. 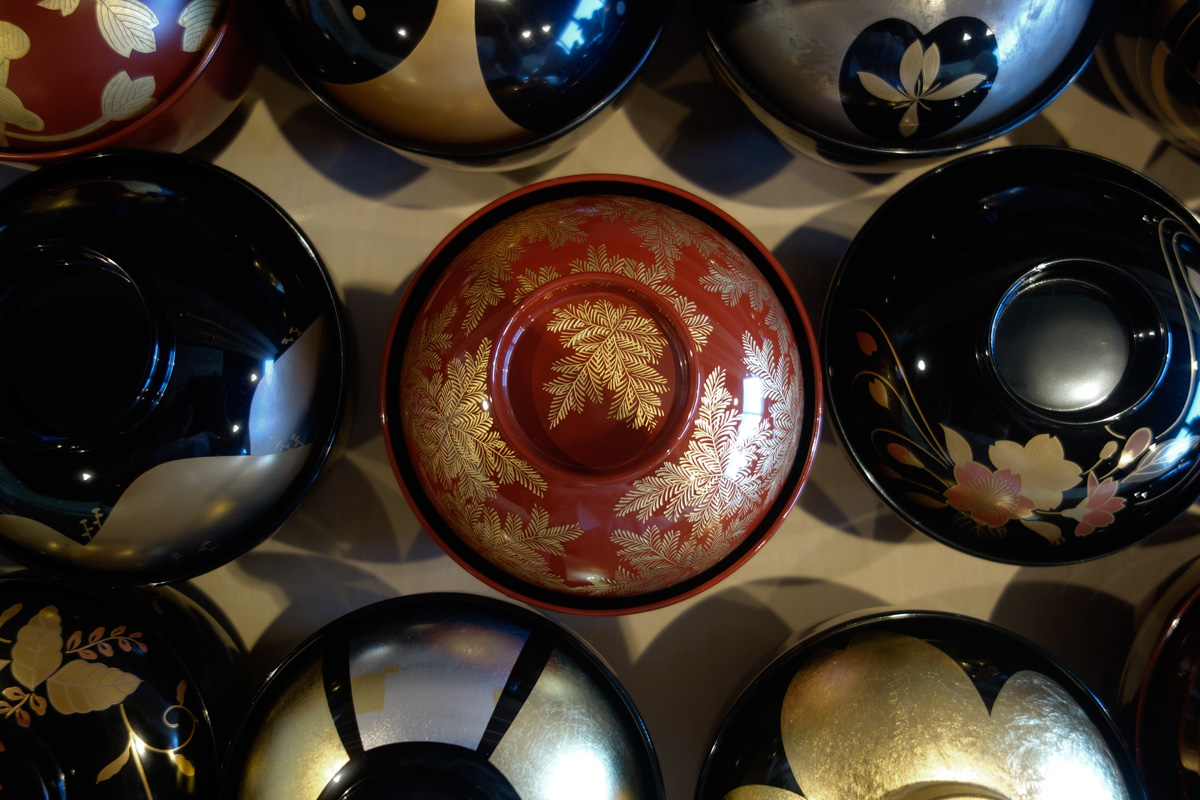 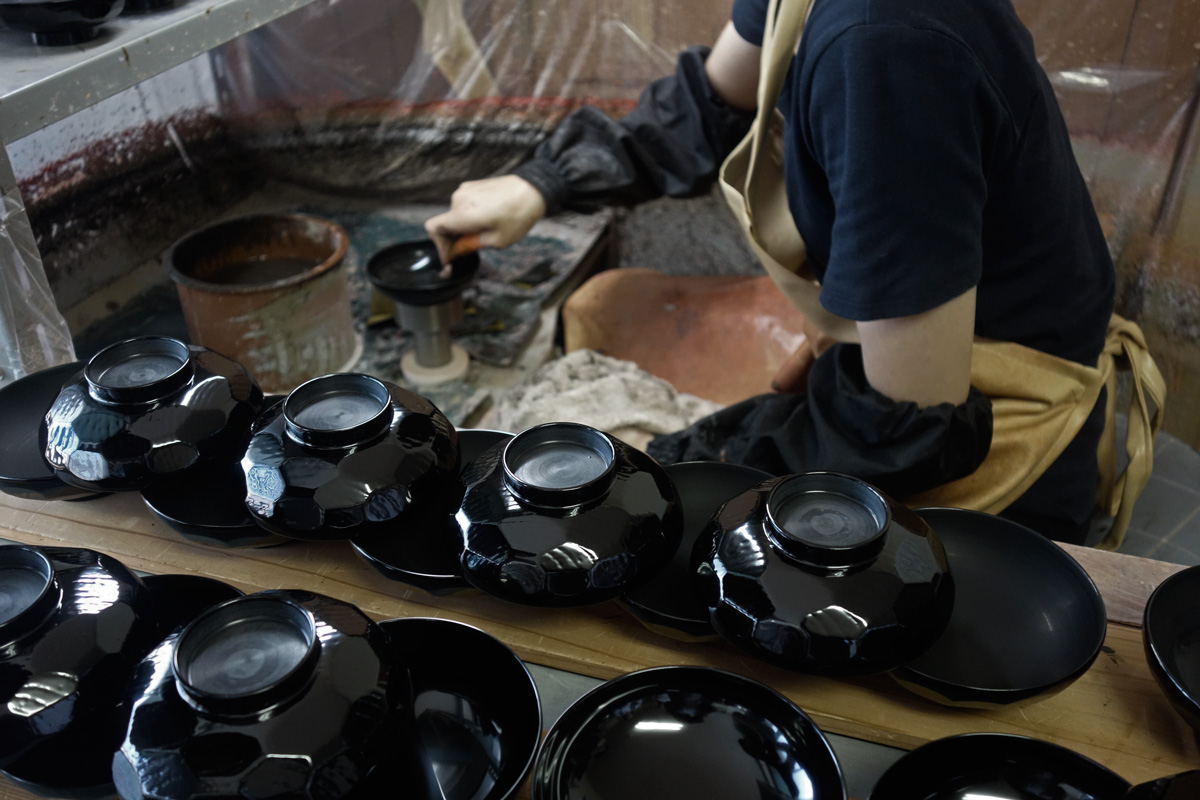 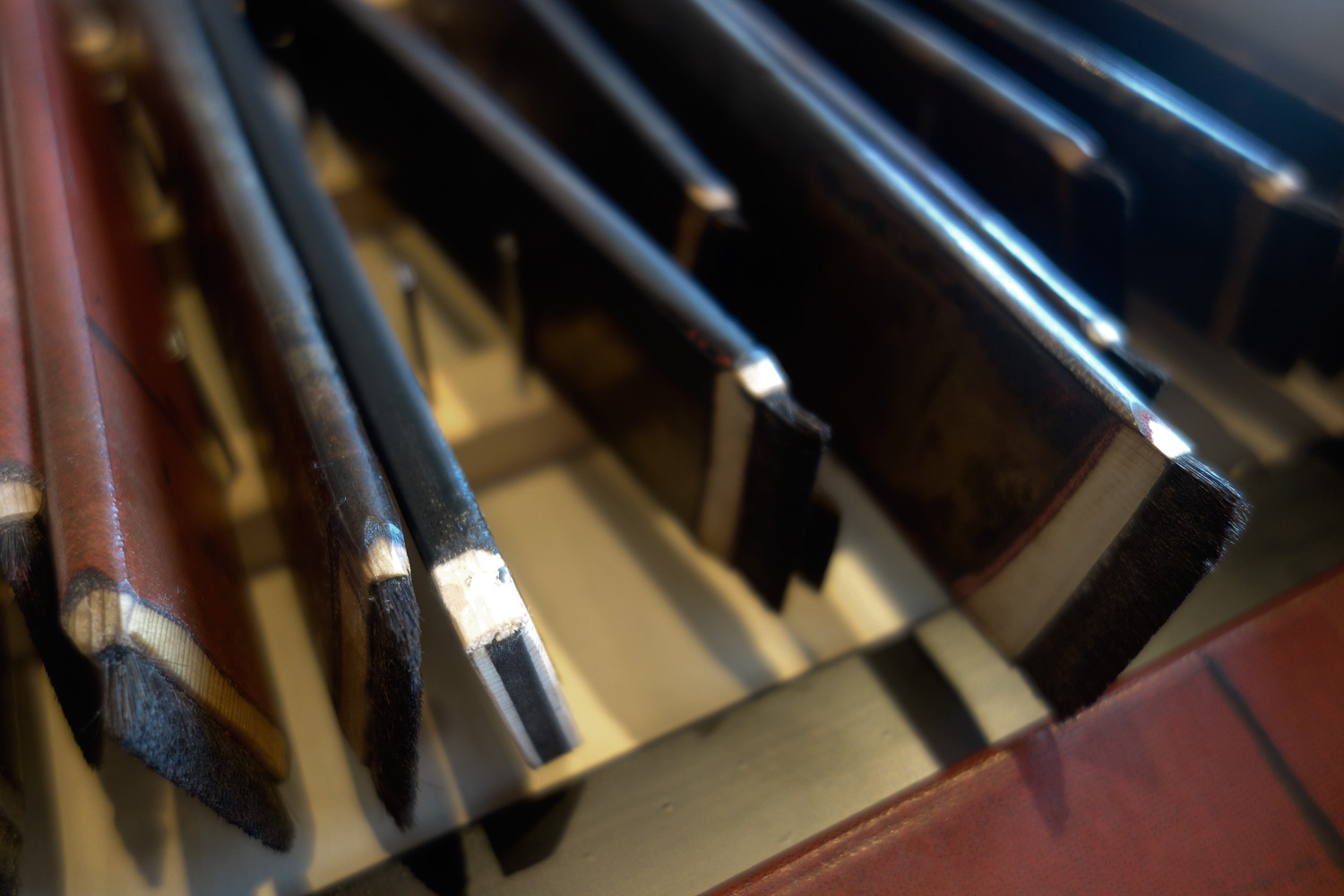 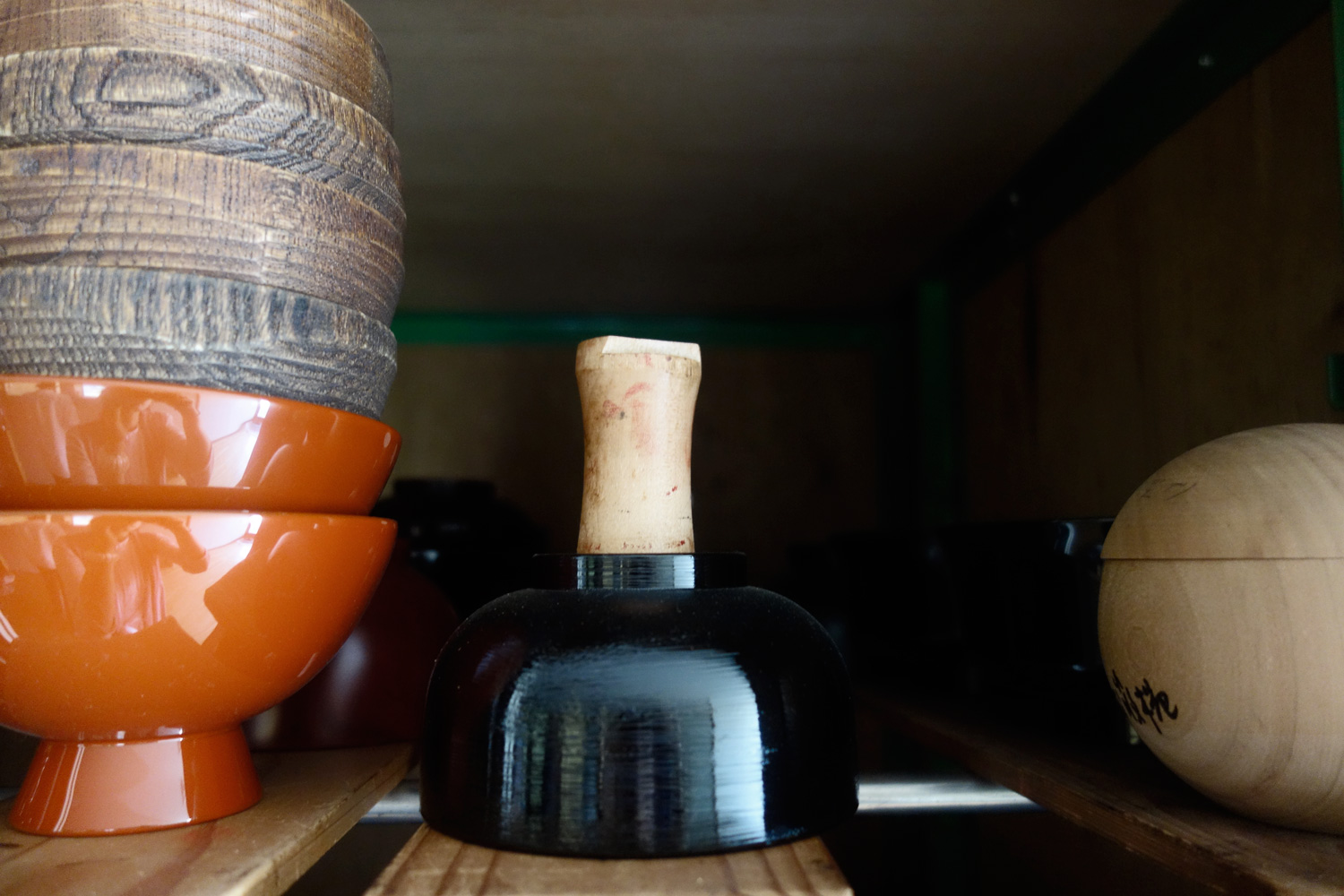 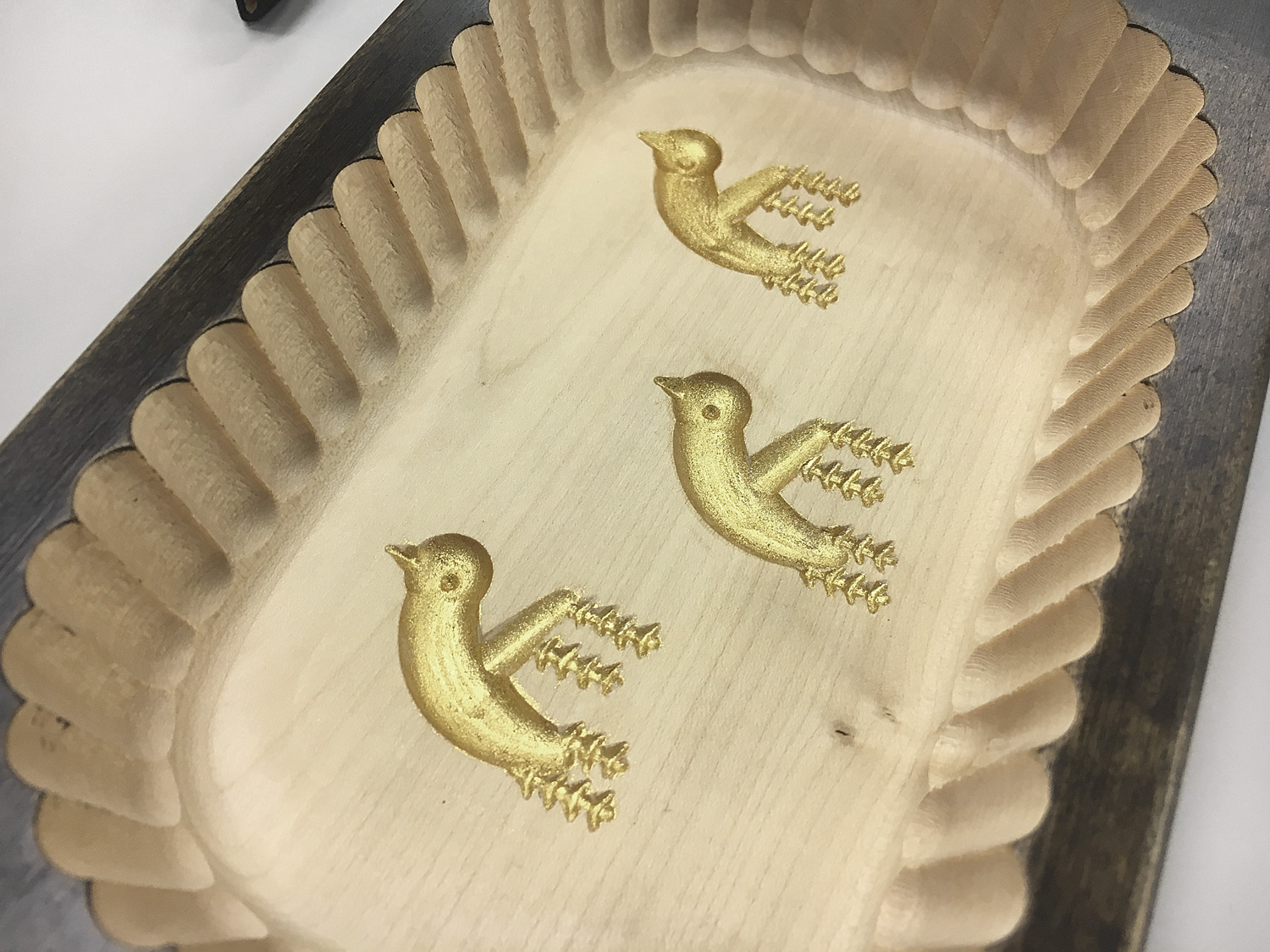 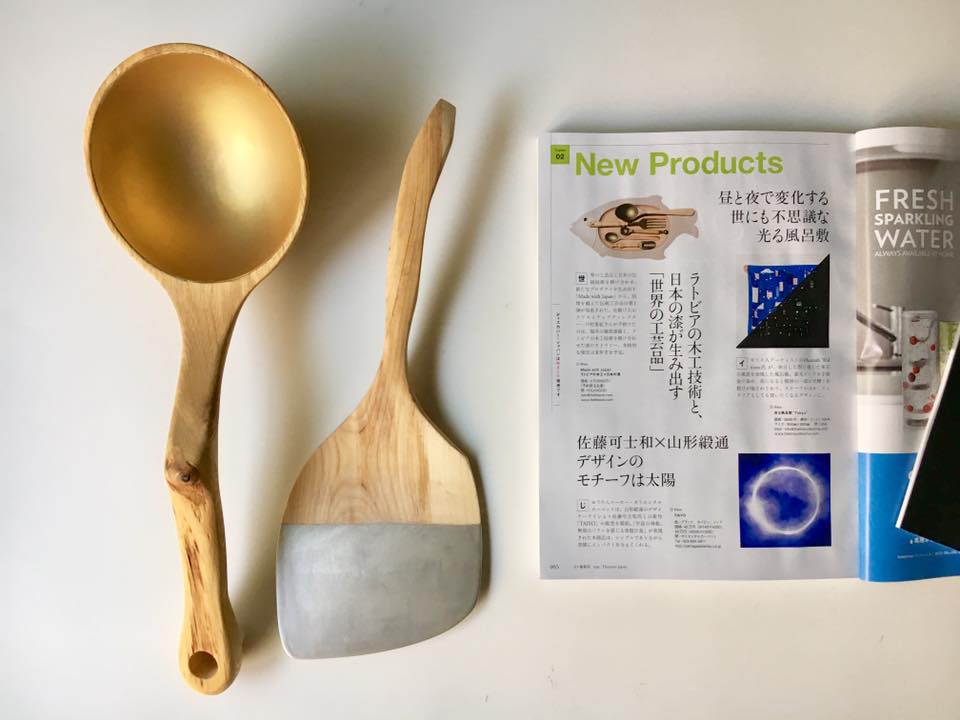 In Japan, wares are usually coated with lacquer regardless of its pattern of wood grain except for the special works such as “Hida Shunkei nuri” of Takayama. On the other hand, Latvian woody products feature its natural grains, and they are always visible. Therefore, we decided to ask Mr. UCHIDA to lacquer only the wet parts of the woody products, as those parts easily get moldy.
During the stay in Sabae, we enjoyed firefly watching on a riverside, visit a dinosaur museum in Katsuyama and went to the Eihei Temple . It was really fun. 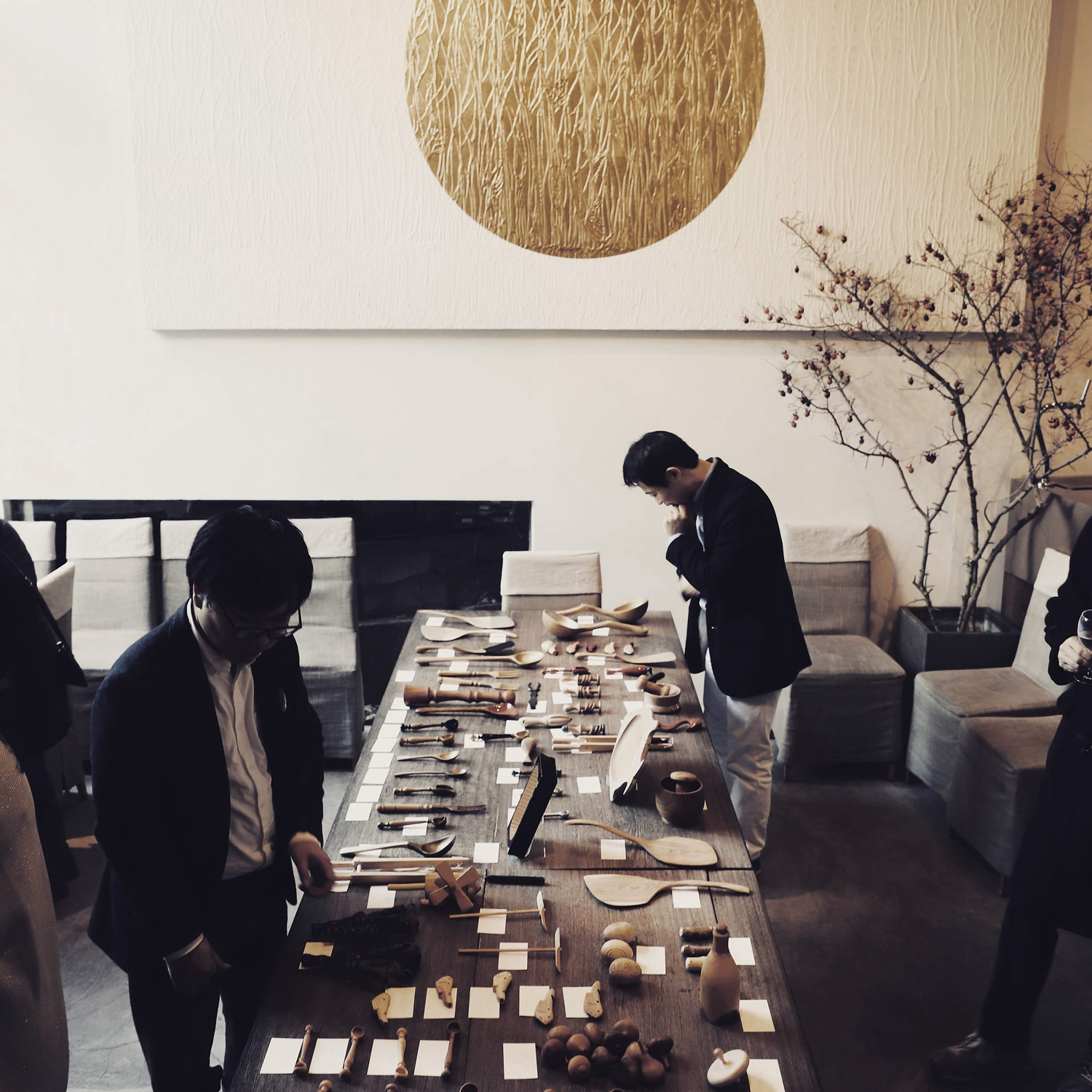 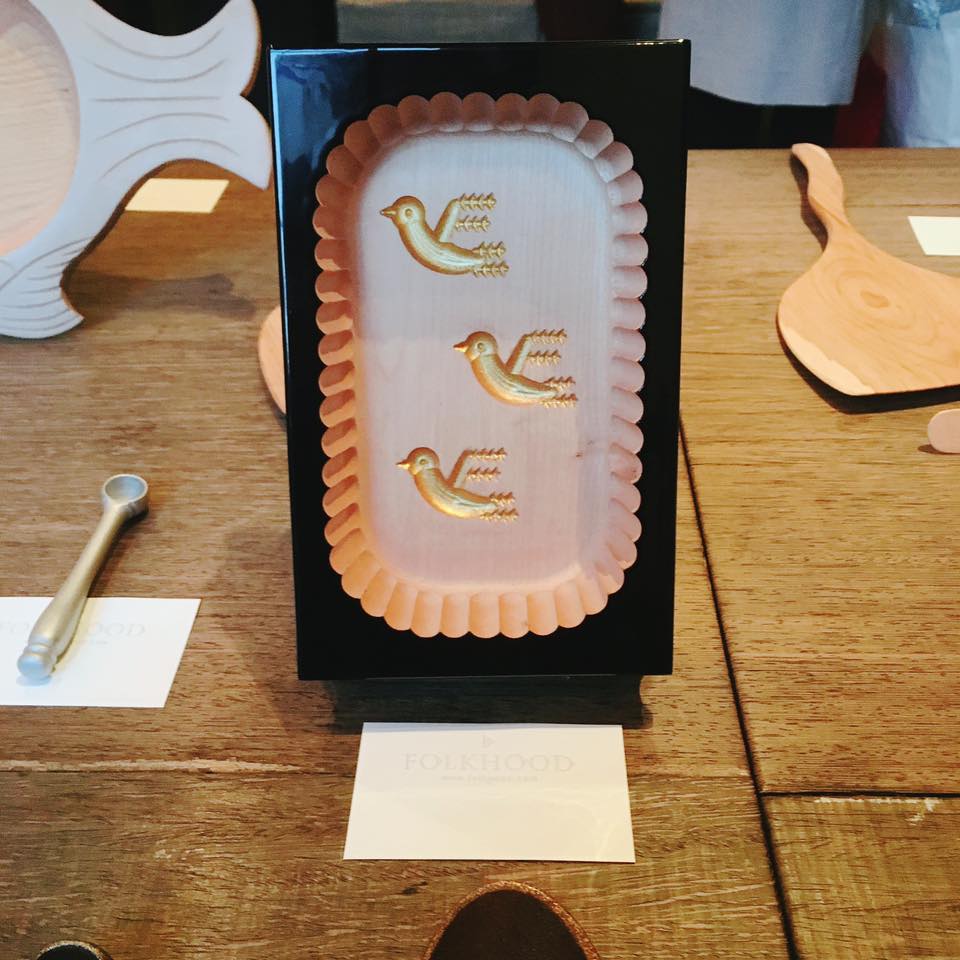 After many tests, our products finally arrived in Tokyo. On December 2017, through the courtesy of Mr. Shinichiro OGATA, we could hold the exhibition at “HIGASHI-YAMA Tokyo” in Nakameguro. We deeply appreciate those who came to our exhibition.

“Discover Japan: Lifestyles of Craftspeople” (published on September, 2017) featured our project throughout 8 pages.

▪️Pen＋「Made in Japan“Pen+ :Made in Japan, To The World” featured our project throughout 6 pages.

•The 2017 edition of FOLKHOOD Made with Japan, will bring together woodwork from Latvia, the central country of the Baltic states, and lacquerware from Sabae, Fukui Prefecture. Latvia is a country that has a culture of nature worship similar to that of Japan. Known as Latvian Shinto, is has centered on the sun god Saule since ancient times. This edition of FOLKHOOD has gone for a fusion of the woodwork that is done during the long winter months and lacquerware techniques, which are indispensable for life in humid Asia.
Text and Photo by Aki Tomura / Itoki Tomura